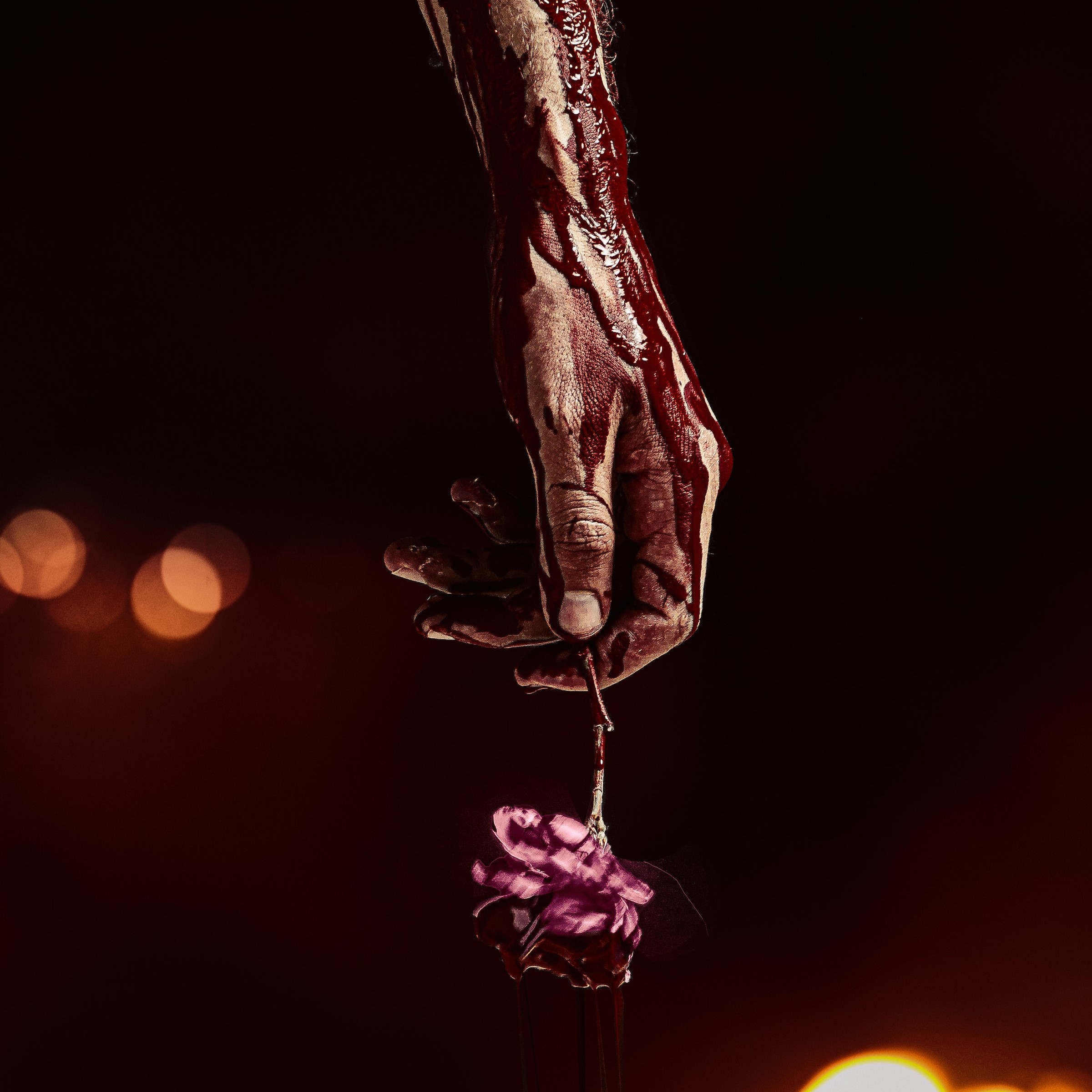 YOUR DEVIL: A DOOMED CATASTROPHE

By SPOT Lit MagSeptember 28, 2022No Comments

The lone deserted hallway had no one but the wind as its visitor. Trees rustled outside, and cheers and thunder roared with distant glees and applause from the school auditorium.

The city had lightning caution the gloaming sky of an unpredicted storm invading its territory. Though, it wasn’t compatible with the one seething inside a desolated boy weeping to mend his broken heart in a confined cubical box of a restroom.

His bloodshot eyes were sore, and the salty water trickling down his cheeks burned his inflamed skin. The excruciating pain constructing his insides hindered his efforts to level his labored breath.

He coiled his trembling fingers around the thin fabric covering his chest and caressed his thumping heart. It did not seize the anguish away but helped equalize its palpitations along with his ragged breathing slowly coming to ease.

His tired lids abruptly shut as he leaned back.

A sigh escaped his parted lips as he combed his fingers through his disheveled hair, then dragged them down to brush away his stray tears.

The eerie silence enclosing him invited his mind to wander to when he ran away like a weakling instead of facing the catastrophe.

He knew the girl he adored, for whom he was entitled as the knight in shining armor, would always belong to her prince in the end. But even the foresight of a happy ending could not give him the courage to endure witnessing his love being kissed by someone else. The constant reminders and the distance he kept for days all faded to dust when his heart ripped in two. Unable to bear the stabbing ache, he fled.

Tiny sniffs escaped him, and water drops blurred his vision as the pain returned and hit him tenfold, prompting rage to take over and scorn his cowardice.

A bitter growl resonated in the air as bile cramped the back of his throat. His knuckles that once turned white were now crimson red as he smacked loud bangs against the hard exterior before him. Landing one last punch, he screamed into the void until his senses twisted in agony.

Panting heavily, he slammed his face in his palms and let time lament his weeping scars.

He didn’t realize how long he shut the world out until he heard tap water seeping into a ceramic sink and the restroom door squeaking open.

Growing aware of his surroundings, he suddenly felt apprehensive and thought it was better to leave the room. But his anxious hand around the knob froze when a female voice screeched, “Don’t!”

He stopped dead in his tracks, contemplating the possibility of the word being directed toward him since the woman seemed familiar, but another man’s voice pulled him out of his stupor.

“Hear me out for once. Please.”

“I don’t need your explanations. The damage had been done long ago, and I’ve made terms with it over the years.”

He didn’t wish to pry, but with each statement, the woman unknowingly enticed him to unlock the door and take a peek.

“It’ll hurt no less to know if you yearned for me then or now.” Her harsh gulp and glistening eyes overshadowed the slight creak of the door’s wooden frame. “So it’s better for us—for you to let it go.”

A tug in his heart made his lashes flutter the first time his glance caught a speck of the white Hepburn dress he chose for the same woman back at home this afternoon.

Raising his gaze, he saw those vivid doe eyes he greeted every morning. But the mirth he usually carried was replaced with suspicion for the new person in the picture. The narrow gap between the door barely allowed him a glimpse of the stranger’s hands firmly gripping her arms.

The stillness that ensued for a moment had his stare zeroed on the black ink tattoo on the guy’s wrist—a beautiful heart with a semicolon sketched as its other half.

He blinked a few times to draw himself out of the haze the unique design compelled him into just to be welcomed by another pair of fragile wrists quivering their way towards his face.

Flabbergasted, he grabbed one and reached out to brush away her hair dampened by the pouring rain and the blood stuck on her forehead.

“H-How?” His pupils dilated at her delicate body lying on the road.

“Jungkook. . .” Choi Areum whispered, a single tear cascading down her pale cheek before she gasped and succumbed to nothingness.

His limbs grew cold as oxygen strangled his lungs, his untamed heartbeats going berserk until a gentle pat on his shoulder retrieved him from deep lethargic slumber and yanked him wide awake.

Pviscelle is an anonymous writer who strives to bring life to her imagination through literal words.