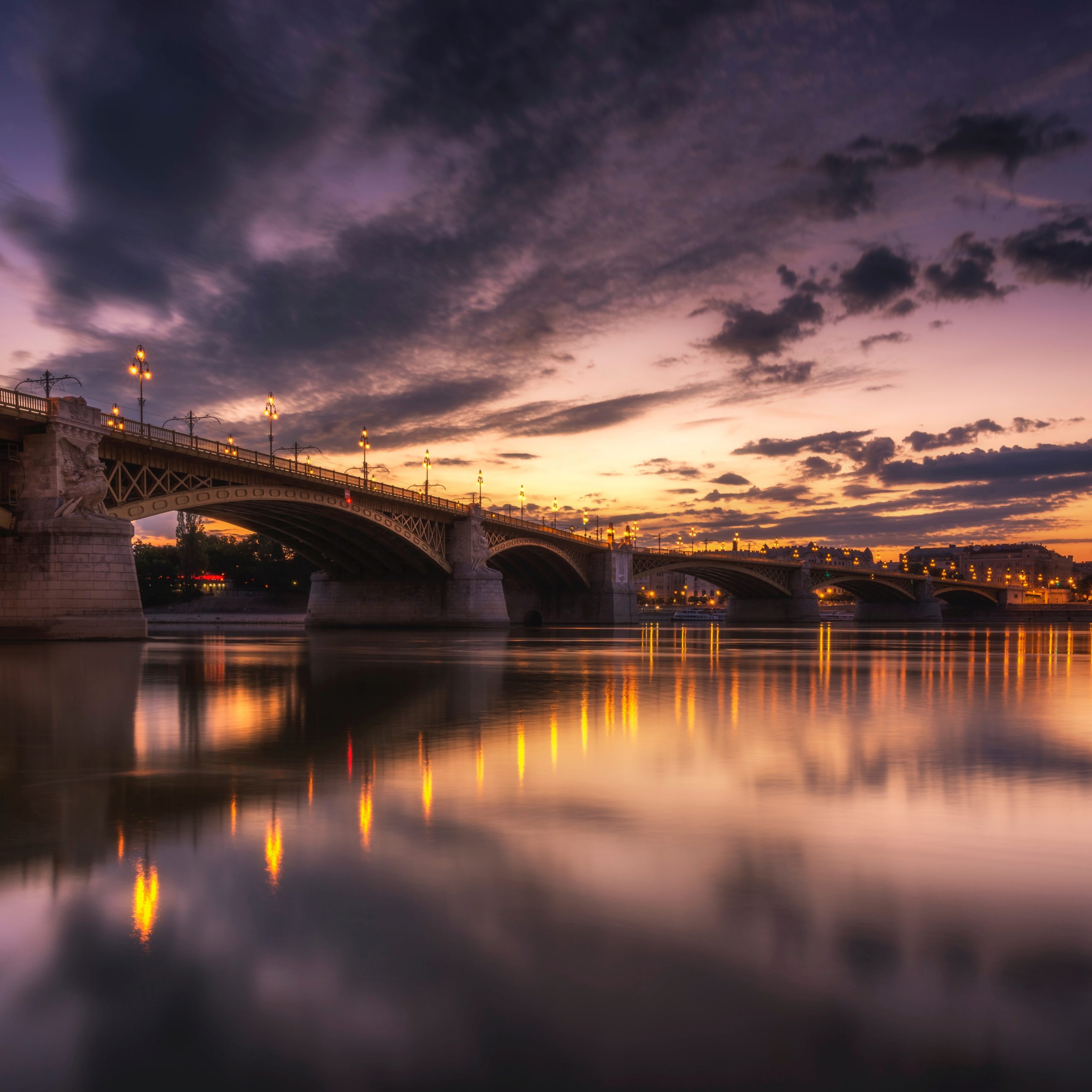 It had been over a day, and Taehyung had never felt so alive until now.

Astra didn’t know where he was taking her, but after a nice rest and a warm shower at his home, she felt refreshed and recharged. His beautiful, ringed hands were on the steering wheel, turning it left and right through the small, narrow alleys.

He turned the indicator light towards the right and stopped by a bridge. Stepping out, he didn’t bother waiting and walked over the flowing water, stuffing his hands into his warm pockets.

Astra followed him, closing the door with a thud. City sounds, along with a few neon lights in the distance, made them feel as if they were far away from where they belonged. Her fluffy, long jacket covered her palms as she tried to rub them together and blow hot air between them. The sky smiled down on them, relieved after a harsh downpour.

Taehyung grabbed the steel railing, hissing about how freezing it was. The river currents below flowed along with the rising sun’s reflection.

“Tae, how does this feel?” Astra asked.

He sighed. “Like—Like my happiness is all fake. Like this entire day is a joke and that at any moment, from some van, my mom, dad, and Aimee would surprise me. And Matt, too. And—And you’d scream, ‘It’s a prank!’ I wouldn’t even be mad. I’d just hug all of you.”

Astra chuckled. “That’s cute, but—” she walked closer and placed her hand over his shoulder “—stop doing this to yourself. You don’t have to suffer through this, Tae. Look back to your younger self. Look at how happy he was. You only deserve all the good things in this world.”

“But then, maybe I wouldn’t have met you. That’s the only drawback.”

“This was never your fault, man. And I’ll be that one person who’ll listen to you sing your emotions out. I’m all ears.” Astra patted his back and nodded. “I’ll give you a minute. Find me waiting in the car.”

To Taehyung, one minute was more than enough. He broke down, crying harder than he thought he would, and hit the railing with the bottom of his fist. He kept going and going, thinking about everything he had lost.

Hitting ’cause he and his friends were not together.

Hitting ’cause his best friend was alone out there, and there was nothing he could do.

Hitting ’cause his girlfriend was gone.

Hitting ’cause he felt like a nuisance to Astra.

He stopped and took in a deep breath as if he had finished a tiring dance. He turned around, keeping his poker face on as he saw Astra mindlessly fiddling with the steering wheel. She continued until the wheel couldn’t turn to the right anymore. Then, she let it move back to its original position and turned it towards the left.

“Hey, I’m hungry,” Taehyung said, walking up to the car. “Wanna eat something?”

“Have you ever had a date with someone?” Taehyung asked.

“No. I’ve only had crushes.” Astra held in a burst of guilty laughter, missing Yeonjun already. She wished Taehyun got to him before something put him in more danger. “Was Sarah your first girlfriend?”

“Yeah. I did find many other beautiful people there, but my heart always ended up with her.” Taehyung placed his chopsticks down, cleaned his mouth, and picked up the glass of warm water.

No one else was in the restaurant (it was too early for it to open) except the waiter, who looked as if he wanted them gone as soon as possible. Astra looked up from her plate. Taehyung’s eyes. She liked them. They were brown and tired. She turned on her phone, looking at the time ticking faster than she thought.

How many hours did he still have?

This time, as they prepared to leave, Taehyung placed his money on the counter before Astra could make a move. She glared and scoffed at him. “I’m the one who asked to join you, so I’m the one who’s supposed to pay.”

He smiled. “No. You’ve already done so many wonders for my life. I can’t pay you back for that, but let me at least do this.”

The waiter sighed, not even counting the money. He just pushed it into the cash register and waved them out.

“Since when were you and Sarah dating?” Astra asked, heading towards the parking lot. “You both must’ve been in some real bad shit.”

Before Taehyung could reply, car windows shattered. A pressure suddenly threw them back, and fire engulfed the screaming people around them. Astra was slammed against the driver’s side of a car, her shoulder banging into the rearview mirror. Her vision started blurring, darkness spreading despite the bright fire. She shifted her gaze to her left. Taehyung’s beautiful brown eyes were closed.

She didn’t want him to die yet—at least not in this chaos. She needed to tell him the truth and say a proper, peaceful goodbye. She shook her head and got on her knees, trying to crawl to him. Her hands were tense as she dragged him away from the mess.

His heartbeat seemed too loud to her as if it wished not to stop beating, just like her heart did. His breathing was disturbed, erratic. As Taehyung struggled to open his eyes, Astra desperately looked at the unfolding scene around her.

Glass shards littered the parking lot, glinting under the light of the flames. People were screaming and crying save for a few. Astra shook her head, her fingers trembling. Those people were on the ground, a puddle of blood around their heads. Those people were dead.

Chanel writes because, if she doesn’t, her head will explode. Her stories contain emotions that will keep readers awake at night and a little steam that marks the beginning of a new season between the characters. In addition to all the bookish stuff, Chanel’s a die-hard cat lover. When not writing, you can find her doodling away in a corner, listening to music, or maybe even enjoying the great Indian weather. This is an excerpt taken from “Time Diplomat” by Lee Chanel with permission. Read the full story here.