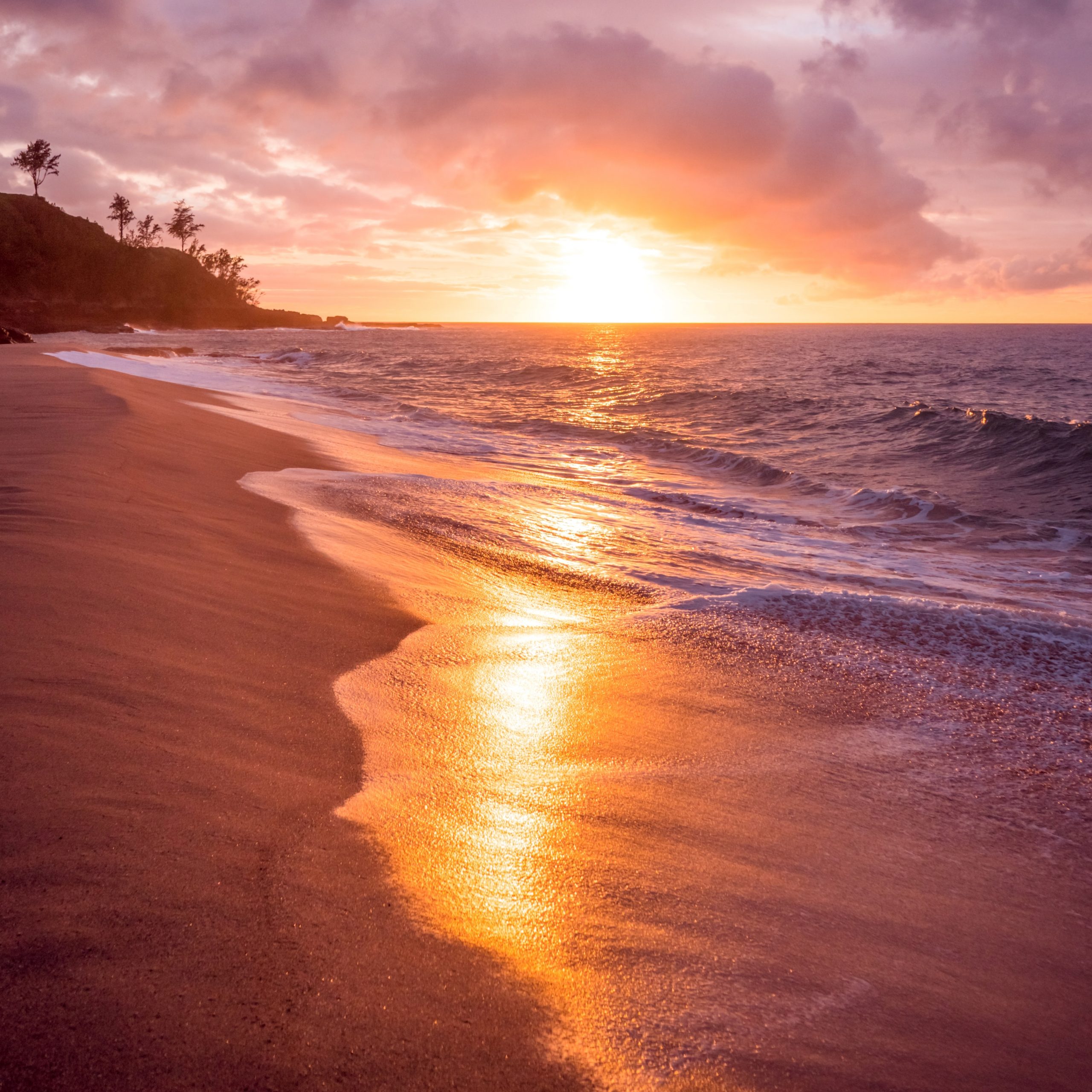 Sweat was dripping down her face when Brianna awoke, trembling. She pushed away from the quilt, tied her hair in a messy bun, and headed to her tiny bathroom. The cold water splashing on her face calmed her down a little, but her breath was still heavy. She tiptoed back to her bedroom and grabbed her phone.

“Weird,” she thought. “Nobody ever texts me.”

Her heart began racing as she thought about the most impossible and worst-case scenarios. It was the summer vacation, and there was no reason for anyone to message her. Zoey and Sam were probably hanging out and had made plans for the entirety of the holidays while she was to spend hers in a summer camp.

She despised the idea of not being able to be near her parents for a couple of weeks. The longest she had ever left her home was for a field trip that was supposed to last for a week, but Brianna was so homesick that she had left on the second day. Not to mention that she was fourteen and everyone made fun of her for crying with her favorite stuffed toy.

“Don’t listen to them, Bri. The bond you have with your parents is extremely special, and nobody can understand it better than you do. You know what’s best for you,” her best friend said.

“But they’ll hate me. I’m already the black sheep in our grade,” Brianna sobbed.

“You’re the most incredible person I have ever met, and don’t let others’ opinions get to you. It’s what they want, and you’re better than that. I love you.”

Her best friend had always been there for her, both in the good and the bad times. She never really was the black sheep; she simply did not fit in well. She did not enjoy the same things as her classmates, and her social awkwardness limited her when making new friends.

She glanced back at her phone and opened the first message.

“Briii! I’m going to miss you so much. Can I come at 8 am to say one last final goodbye? Please please please.”

She smiled. Zoey always had so much energy, and even though it did feel overwhelming at times, she had always been there for Brianna. She felt guilty for thinking that Zoey would deliberately not invite her to hang out with her and Sam. After all, she would not be there for a couple of weeks.

It was incredible how much closer Sam, Zoey, and she had become in the past couple of weeks. She had confessed the bullying to Zoey, who had forced her to talk to her parents, who had then forced her to meet with the principal. It was the most embarrassing moment of her life, and she had been annoyed at both her parents and Zoey for days. But once Melanie got what she deserved, she felt relieved.

She stopped thinking about the past and looked back at her phone.

“Hi Bri, I know you hate goodbyes, but I really wanted to see you one last time before you leave,” she read, frowning.

She realized the third and final message had been sent by the person and scrolled down.

“Sorry, Zo stole my phone and wrote this. However, she’s right. I do want to see you one last time!”

Brianna softly laughed. Ever since they started hanging out, Zoey tried to make Sam and her fall in love, but she missed one detail: Zoey was the worst cupid ever. She was not discreet at all, and stealing their phones to send cheesy texts to each other was part of her many failures.

She turned her phone off and fell into the arms of Morpheus.

Brianna yawned as she woke up with difficulty. She turned around and faced her alarm clock that indicated half-past seven. It was way too early for a Sunday morning, and she covered her face with the quilt.

Throughout the night, she repeatedly woke up, and one time, she froze to death. The next, she was sweating.

“Brianna is currently unavailable!” she yelled back.

There was a knock on her door, and in response, she hid further under the quilt. Suddenly, the daylight blinded her, and a face began to form in front of her.

“Bri, we talked about this, and you agreed. Now, get ready, or else your Dad and I will leave without you.”

“So you and Dad would drive for three hours to a summer camp I’m supposed to go to for no reason because, if I’m not there, there is no point in you going.”

“Good point, but you know exactly what I meant. Now, get ready, or else you won’t get to eat my delicious crepes.”

Brianna almost fell out of her bed as soon as she heard the word “crepe.” Her relationship with food was indescribable. Besides that, it was an unconditional love that would never fall apart. Her mother smiled at the sight of her daughter, who was running in all directions.

“Also, Zoey called, and she said that she’ll be there in twenty minutes with Sam!” Her mother winked.

“Yeah, right. You really think I never was your age?”

Her mother was just as bad as Zoey playing cupid, if not worse. Zoey and Mrs. Sallow, Brianna’s mother, were constantly calling, which at first concerned Brianna. But she quickly discovered the truth, and it was almost as bad as not knowing.

“Anyways,” Brianna said, rolling her eyes, “when are we leaving?”

“At ten o’clock since you begged us for a little trip around town before leaving, you little drama queen.”

Brianna hated trips and camps, which she had never gone to but somehow knew everything about. The only agreement she and her parents could come to was to go on a mini-trip around the town before leaving.

“An agreement is an agreement, and you cannot say that you’re not excited,” Brianna said.

“Fine, but stop wasting time. You don’t want Sam to see you in your pajamas, do you?”

Her mother laughed and hurried out of the room.

Brianna was at the dining table with her parents when a loud knock was heard. Before anyone could react, the knocking became louder and more urgent. Brianna turned to her mother, who just shrugged as her father headed towards the door.

“Mr. Sallow! How are you? It’s been such a long time. I missed you!” Brianna heard.

“It—It’s nice to see you, too, Zoey. You know that you can call me Anthony,” her father mumbled, slightly confused.

“Good morning Mister—Anthony, I mean. Please excuse Zoey’s behavior,” Sam said. “I swear this girl only feels two emotions: sadness or excitement, and there is no in-between. I bet that in less than an hour she’ll be crying like crazy.”

“Well, why don’t you two come in and eat some crepes that Lydia made.”

“Lydiaaa! I have some tea to spill!” Zoey screamed.

Her mother clapped and stood up to pull Zoey into a hug. Sam was awkwardly standing behind her, and Brianna’s father was scratching the back of his head as he observed what was happening.

Zoey then hurried to Brianna and almost choked her as she hugged her tight. After that, Zoey and Lydia Sallow left the room to gossip. Sam waved and took a seat in front of her as Anthony Sallow started baking the crepes.

“Are you excited about the summer camp?”

“Not really, but I guess it’ll help me learn how to socialize.”

“Apparently, it’s a surf camp, so I’ll probably do a lot of beach stuff.”

An awkward silence began to set, and they both stared at Anthony, who was still baking the crepes. Finally, he turned around and winked at Brianna, who rolled her eyes.

“What would you like on your crepes?” he asked.

“And for me, too, please!” Zoey yelled from where she was sitting.

A couple of minutes later, when the crepes were set on the table and everything was ready, Zoey and Lydia returned and took a seat. They ate with enthusiasm, chatting about summer plans and surfing, and obviously, Zoey and Brianna’s mother could not help themselves but play cupids.

Brianna had never felt so good in her life, and she realized how much she cared about the four people seated around her. She had met Sam and Zoey a couple of years back, and they had gotten to know each other only for a couple of months. However, they felt like family. Her relationship with her parents had never been stronger. The deep connection between her mother and Zoey had always surprised her but in a positive way.

“I love you all so much,” Brianna said out of the blue.

Sam winked at her, mouthing, “I told you so,” and Zoey stuck her tongue out at him.

“We love you, too, darling,” her mother replied.

Her past was not perfect. People had come in and out of her life, leaving scars that would never leave, but Brianna knew she was in charge of her future. Even though she really did not want to go to the summer camp, she knew she would make the most of it. After all, it was supposed to be an adventure of a lifetime.

Alice writes fiction stories as a way to escape reality—creating worlds where characters undergo life experiences that are often inspired by real life. Her stories encourage self-love and the acceptance of oneself. Being relatively new to the world of writing, she is experiencing different genres—from romance to horror—to try to find her style. This is an excerpt taken from “Suddenly Popular” by Alice with permission. Read the full story here.