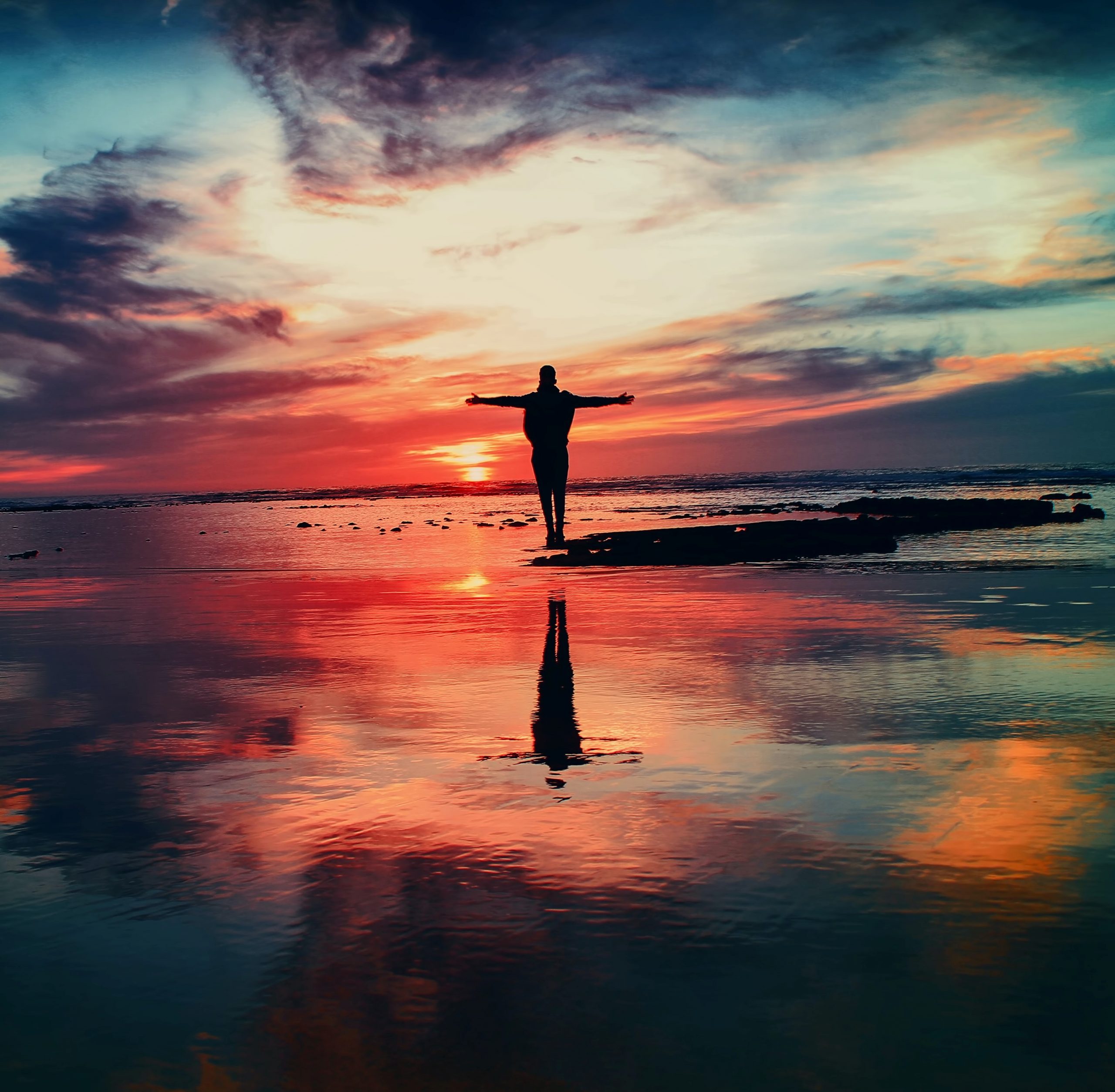 By SPOT Lit MagDecember 8, 2021No Comments

The wind heaved a gentle breeze, making his jet black hair slightly dance in the air and fall over his eyes. He inhaled softly. The weather was fresh, something he enjoyed.

He ran his brown eyes over the city in front of him. It was late at night, and everything was sunk in darkness, but the neon lights gave the world a new type of glow.

He sighed. It had been a while since he’d felt a slight lump in his throat, like an unknown weight heaving on his shoulders as if he’d lost something. Lost a part of his heart.

He thought hard about what it could be, but there was nothing he could recall. It was a strange feeling, something close to emptiness. Even though he had everything—the things he could ask for—in his life, he still felt hollow sometimes. As if his soul was a puzzle and one piece of it was missing.

Frustration inched inside his body, making tears run in his eyes. He was tired, tired of feeling lost, tired of not knowing what the root of his desperation was. He was drained by all these unknown feelings.

He lost it when a single tear rolled down his cheek. His silent cries turned into hopeless sobs. And the fact he didn’t know what he was so sad about made him even more irritated. He wanted to scream in the wish of maybe someone hearing him, helping him.

He looked up at the indigo sky. It seemed like the moon was the only comfort in this forsaken night. The stars were the only hope in this dark world.

As if the sky had heard his lonely thoughts, she sent a gentle wind. Passing by his face, the soft breeze brushed away the tears from his pink-tinted cheeks like a warm hand of a lost friend. The breath of wind whispered the message of a star in his ear, “What’s the matter, love?” The voice sang the words as if they were some notes to an unknown melody.

Was it odd he heard the words? Was he supposed to be afraid? He didn’t know, but what he knew was the sudden sense of comfort in his heart, as if he finally found someone to talk to, even if no one were there but the infinite sky.

Shaking his head in response, he whispered, “I don’t know.” He looked down as though the ground was suddenly the most interesting thing. A slight feeling of shame crept inside him. Being unaware of his own problem made him feel dumb.

Following the words he heard, Jungkook raised his head and looked at the empyrean. His eyes landed on a star so bright that, for a second, he doubted if it was real. It was the closest to the moon, the brightest of all others. It felt so alive as if Jungkook could hear the star’s soft breaths through his ears. A sudden warmth bloomed in his body, his heart. He closed his eyes at the pleasing solace.

“When you feel like the grief of the world is heaving on your chest, look up at the starlit sky. Somewhere in the corner of this hidden heaven, you’ll find me. I promise to be your eternal comfort.”

The words were so light as if a feather was carrying them. So melodic that Jungkook thought someone was playing them with the instruments of the universe.

Even though a tear escaped the corner of his eye, he smiled. It was sudden and unexpected, but there was no other response he could give to the words he heard. They were beautiful, promising. For the first time, he felt like someone was finally seeing him, taking care of him, protecting him. He felt. . . love. That was what he could name it. The star was shining brighter than before as if now she was the source of light in the darkness of  the sky.

His smile slowly vanished. He was afraid all this would be just a beautiful dream. “What if none of this is real?” he whispered.

Another gentle wind brushed against his body, “What makes it real is not what you see, love. It’s what you feel.”

“What if I stop feeling like this? What if I lose you?” he argued.

He heard heaven’s sigh, “I promised you comfort, Jungkook. Trust me one more time.”

When he observed the sky carefully, he could see the feeble ray of sunlight. It was almost dusk. He was amazed that time had passed so quickly. The stars would soonly disappear in the warmth of the sun.

“Where should I find you again?” he asked urgently as if every single star would vanish in an instant second. And he wasn’t wrong.

“I’m always here, love,” said the star, slowly fading into the pink-tinted sky colored by the sunbeam. “Leaving you will never be a choice I make.”

Accepting the nickname given by one of her closest friends, Choco is a small writer trying her best to make her readers feel the feelings she’s been going through. She tries to give some glimpse of her thoughts to the world by writing them down on a piece of paper, in hope of maybe finding people with the same mindset as her. This is an excerpt taken from “Stellify” by Choco with permission. Read the full story here.