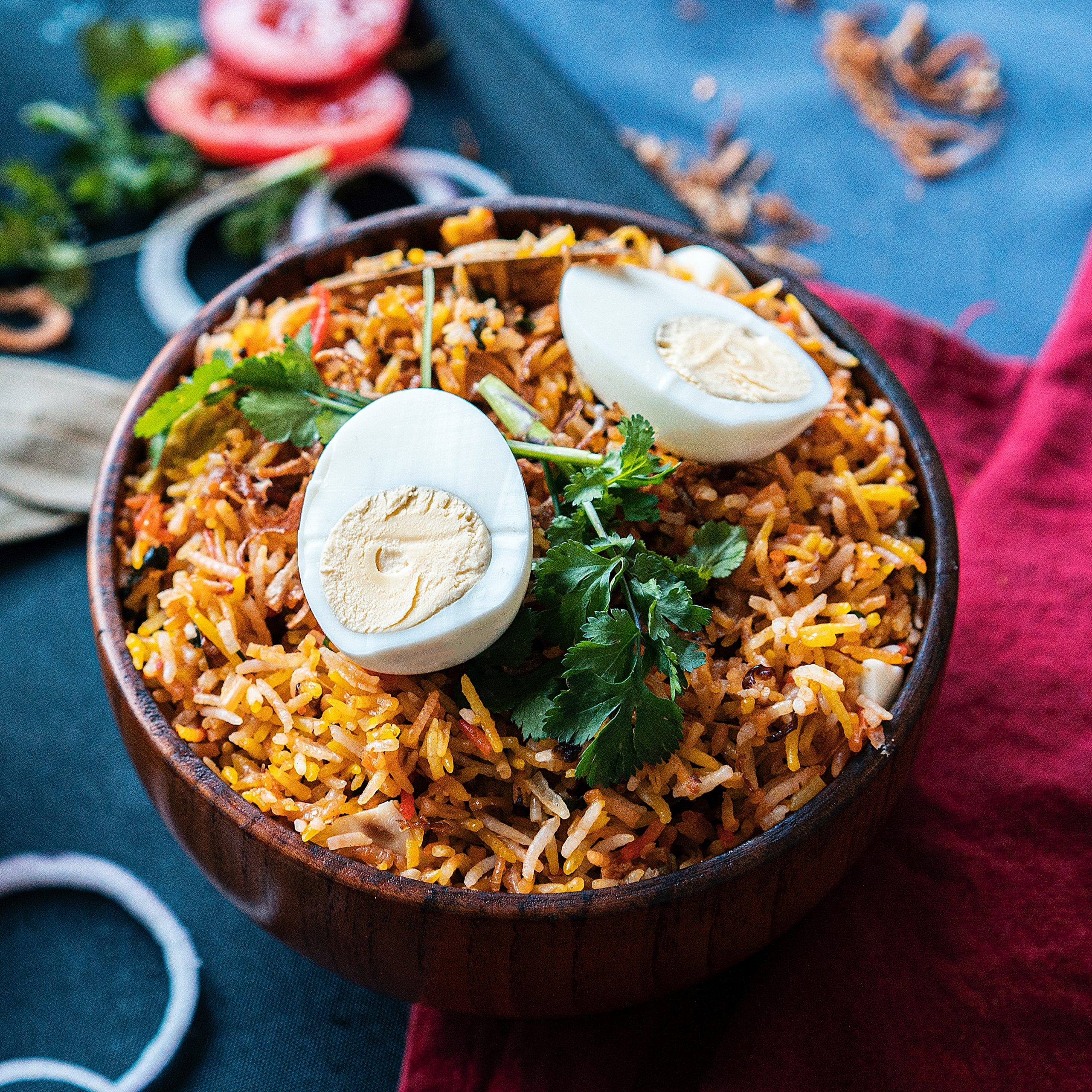 “Most of us start as strangers and eventually again become strangers.”*

Ezra’s long jacket clung to her waist protectively against the autumn wind. Lola was a pretty restaurant albeit a little cold because of a non-functioning heater. She was biased towards Lola, maybe because it served the best food in Seoul or maybe because Jung Hoseok, the man running the restaurant, was a ball of sunshine.

“How long?” Yeonjun asks impatiently, his sister’s bag of belongings placed on the chair beside him. “I have a job to attend to.”

Taehyung snorted, looking up from the menu. “You are a first-year student who works in a convenience store, Jun.”

Ezra chuckled, her sore wrist placed on the table.

Yeonjun shot Taehyung an incredulous look. “At least my paycheck is higher than yours.”

“I have the highest paycheck,” Ezra smirked.

Yeonjun let out a frustrated sigh. “That is because you are an intern! Do I look like an intern to you?”

Taehyung and Ezra laughed at the poor boy’s feeble attempts at defending his meagre salary. Yeonjun could only huff in annoyance.

Jungkook pushed the doors of the familiar restaurant open. The homey feeling hit him almost instantly. Yeonjun spotted him first, waving him over. Ezra looked up from behind the menu card, her eyes lingering on his eye-crinkling smile.

He looked a lot younger when he smiled, like a teenage boy. His raven hair touched his neckline and was neatly combed. He wore a grey overcoat over a white, round neck shirt.

“Hello,” he greeted, his eyes darting towards Ezra. “I am Jeon Jungkook. Nice to meet you.” He sat beside Yeonjun, opposite to her.

“Here.” Jungkook held out a paper parcel to her. She furrowed her eyebrows curiously, staring at it. “It is a recovery gift. Thank you for recovering well,” Jungkook said.

Ezra’s fingers delicately gripped the paper bag parcel. Jungkook’s doe-eyed smile was kind, non-judgmental and calm. It made her lips lift in a small, serene smile. “Thank you for your gift,” she said.

The tips of his ears turned pink as a small blush evaded his cheeks. “I bought Blue Star seeds because I did not know if you like flower bouquets or flowers at all. I thought maybe flowering seeds would be the better option since you can always ask someone else to grow them for you.”

“Thank you for your thoughtfulness, Jungkook. I love gardening.”

Yeonjun awkwardly cleared his throat, earning a sharp nudge on his foot from the man sitting opposite to him. The blue-haired boy glared at the older Taehyung who sat with a poker face.

“Shall we order?” Taehyung suggested.

“I do not eat red meat, so I’ll order something mild.”

Jungkook and Ezra startled each other when they said the same thing. His wide eyes slowly crinkled as soft giggles erupted from his throat. Ezra, on the other hand, threw her head back and laughed, the tips of her hair tucked behind her ears falling past her shoulders. Taehyung chuckled, while Yeonjun let out an irritated sigh. The waiter patiently waited beside the table, and the blank look erased the emotions in his eyes.

Yeonjun looked up from the menu. “I’ll have bibimbap.”

“Chicken Fried rice for me,” Taehyung said, placing the menu card on the table.

The waiter looked at Ezra expectantly.

“Are you ordering vegetarian?”

Jungkook’s lips rounded into a small ‘O’ before he turned to the waiter. “I will have my usual, Ren.”

“Okay.” The waiter nodded. “Anything else?”

The waiter nodded, bowing and swiftly walking away, heels clicking on the polished floor.

Jungkook nodded, lower lip jutting out. “I am a daily customer.”

Jungkook’s regular dish turned out to be mixed fried rice, which gained stares full of longing from Yeonjun, who got kicked by his sister on more than a single occasion. His yelp caused Jungkook to look up, only to be graced with Ezra’s sickly sweet smile.

“So, a regular customer?” Ezra asked, forking her braised tofu.

“Yeah, I usually come for dinners over here.”

“What a coincidence. My friend and I come here during our lunch breaks, too!” Ezra exclaimed, her eyes fixated on Jungkook’s brown ones before they dropped to his collarbone, lingering there for some time. A small Korean letter peeked out of the shirt collar, almost invisible.

“Ezra?” Taehyung called. Her gaze flickered over to her best friend. “Shall we split the bill?” A hardened look masked his eyes.

Taehyung’s eyes flicked between Jungkook chewing rice with his eyes trained on his food and Ezra, whose eyes held a dreamy look, a probable crush blossoming in her chest.

“Okay then.” Taehyung sighed. “Since Yeonjun and I are done, shall we go set up your room for you? I am sure your brother trashed it.”

If Ezra was suspicious, she did not show it. She shrugged. “Do as you please.”

“Okay!” Taehyung wiped his fingers on the napkin before getting up and pulling up Yeonjun with his arm.

“Please see her off?” Taehyung requested.

“So, what do you do?” Ezra asked, sipping her lemonade. Her heart ached at the thought of the steaming cup of hot coffee Jungkook had refused so he could keep her company.

“I have a local band,” Jungkook replied.

He laughed. “Probably because I am a student. I am pursuing a bachelor’s in Photography.”

“Oh! Which college are you from?”

“St. Stephen’s. It is an all-male college.” Jungkook smiled. “What do you do?”

“Ah!” Ezra exclaimed. “I work as an intern in an animation company and am pursuing a bachelor’s in Animation.”

“That is good,” Jungkook said in an encouraging tone. “I love animated stuff.”

She tucked a piece of her hair behind her ear.

“So, Ezra,” Jungkook mused, “Would you like to do something fun with me?”

“Something fun?” Ezra frowned. “What do you mean?”

“Watch a film with me tomorrow?” His eyes were expectant, staring into her unusual hazel ones. “There is a re-release of Disney’s Frozen. Do you want to watch it?”

Her eyes lit up at the mention of Frozen. “I would love to! I love Disney movies! They made up my childhood.”

A nostalgic wave passed upon the two as Jungkook leaned forward. “What is your favourite Disney movie?”

“So, I will text you tomorrow morning?” Jungkook held the Uber door open for his new friend. Why was he making friends now that his life was ending?

“Yes, of course!” Ezra smiled. “I might reply late since Saturday is a working day for me.”

“Okay.” Jungkook smiled, shutting the door before waving her goodbye.

As he stood rooted on the pavement, the seconds flying by, he felt the thrill of having a new friend. And the hidden anxiousness beneath it. It would probably not last forever, but maybe it would be sweet while it lasted. Jungkook smiled.

Ezra relaxed her head on the window of the cab, the thoughts of a sweet afternoon swirling in her mind. The peeking Hangul letter on Jungkook’s shirt collar tantalized her senses.

Ezra had made a new friend. Maybe this was a friendship she could keep. Forever. She smiled.

Armed with a vivid imagination and a pocketful of ideas, Sam likes to hope that one day she will see her works on a bookstore shelf. Sam likes to write fluffy and angsty romances. She likes writing about reality. This is an excerpt taken from “Rhythm” by Sam with permission. Read the full story here.