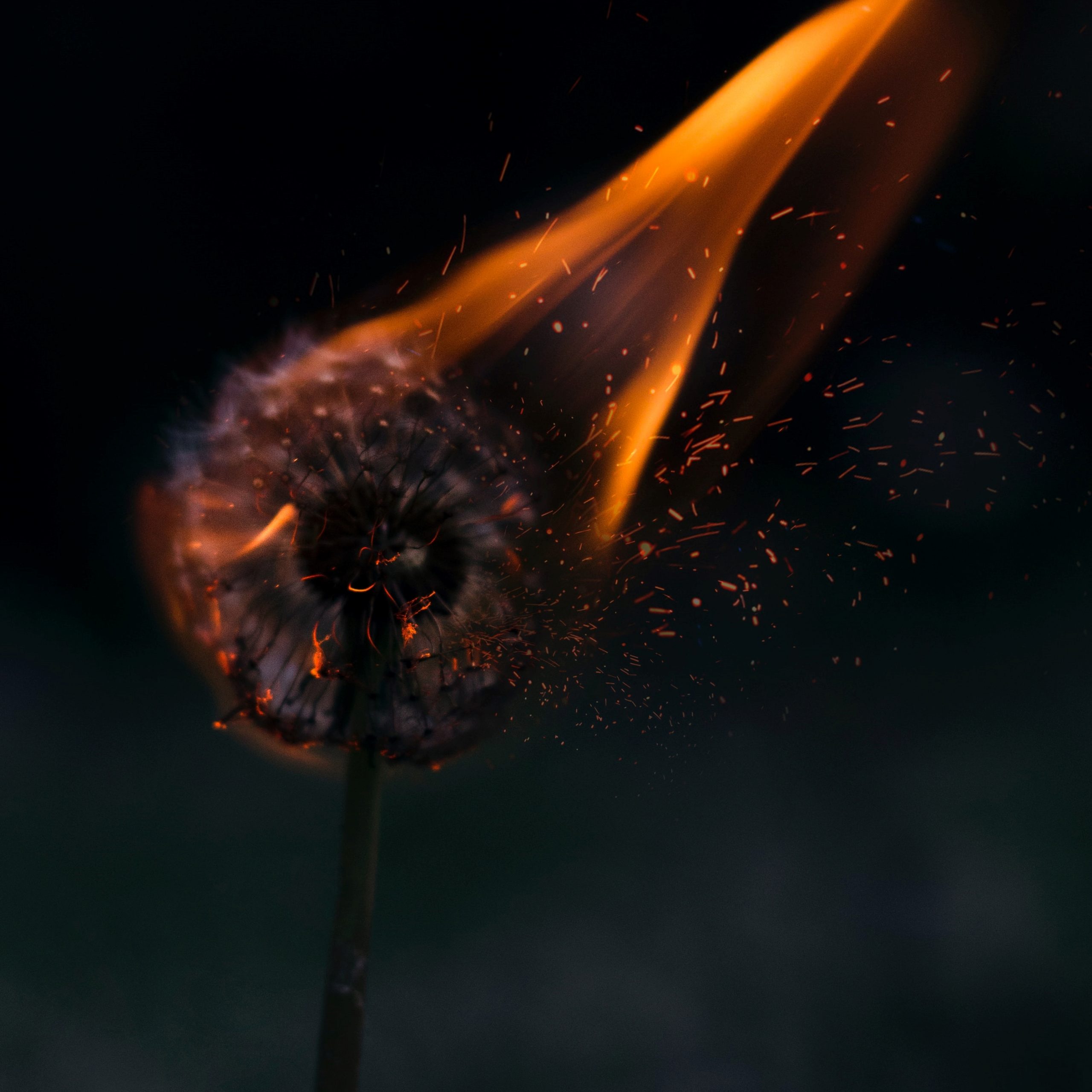 “The Official Owner of His Disease”

I still had tears marked on my face, strongly creased on my skin as if they didn’t intend to disappear that soon. I had them, felt them, yet I did my best to hide those strands of dried water.

I refused to seem weak in front of Jimin, refused to fail right in the initial step.

At first, I thought twice before walking into his new office—his first one actually—and thought three times before looking at him in the eyes. But, as much as I wanted to run away from those uncoloured windows, there was no choice.

I was born waiting for those hours to come.

“You must be excited, Jungkook.” Jimin eyed me while raising a corner of his lips, smiling proudly before looking back at the screen of his black computer.

He was proud. Anyone would be.

“Your father is watching you, clapping his hands, standing with his feet together.” He glanced at me once again, talking lowly as if the walls around us weren’t deaf.

“He’s not here.” I looked down at my hands, my throat swallowing hard.

“He’s proud.” He fixed his glasses with two fingers, quickly moistening his already dried lips. “Can’t you hear him?”

I denied it with my head, but I still trusted him. I preferred to trust the reality he told me about instead of the one my eyes insisted on showing me.

It was when my eyes travelled around his desk and met the frames over it I was reminded of horses, their beauty, their sweetness and softness, their long hair being carried by the long sighs of the wind, their legs stepping on the white sand. For years, I wished I could be like them and own that same freedom and calm gaze.

But, one day, I discovered how fragile they were—the way they let their emotions ride their movements and the reasons for them to live. Thinking of that made me shiver, shut my eyes hard and hold my head between my hands for days.

Things are not always the way we want them to be, Jungkook.

Jimin knew about it. He knew it to the point that he had put the picture of a horse over his desk, the picture I had picked from the internet on a rainy day, sitting on his father’s right thigh. He knew it would weaken my senses, make my fists close and let anger consume my veins. Jimin knew and wanted it.

You don’t dream of being dumb, do you?

So I no longer dreamt of becoming one.

“Are you ready?” He stood up, turning the front of another framed photograph above his desk to me, causing my eyes to automatically focus on it. “We used to be happy, Jungkook, and I promise you we’ll be like that again,” he whispered, his lips still forming a smile.

And so I looked at my cheerful grin exposed in the photograph, gulping as soon as I felt the back of my eyes warm, gradually becoming hotter.

Then, my bottom lip was bitten and my eyes shut, the three joyful children of the photograph Jimin just showed me still beating and kicking the walls of my head.

“I k-know.” I couldn’t help but let myself stutter, let my voice tremble and my hands shiver.

“You’re so lucky, Jungkook. Why are you the only one unable to see that?”

It may be hard at first, child, but it will get better as you let the time pass.

“Jungkook.” He sighed and glanced at the door, letting out a low and slow chuckle as his dark pupils eyed me once again. “I know it’s hard to leave the medicine all the sudden, but I can swear it w—”

“W-What?” I blinked twice, already able to feel a wet and slippery trail trickling down my cheek boiled in heat.

Jimin knew I wasn’t that strong; he was extremely aware of the weight of my weakness. I had always been that type of kid who took home birds searching for a way to heal their wings, that boy who covered his eyes during battles and that child who would never involve himself in heavy arguments. Jimin was aware of the work I meant for him, and apparently, he was ready for that. I wasn’t.

He could try, but he would never be able to understand the pain my job would make me have to carry.

“It’s a rule.” His voice was firmer, coldly cutting the tears from my eyes.

Walking over to me, Jimin explored my eyes as soon as he held my chin in a thumb of his. At first, I avoided his gaze, the glare I knew he’d give me, the pressure I knew I’d end up feeling, but as the seconds passed and I understood he was waiting for me, I gave up on my fears and stared back, gulping.

“I know you’re young, Jungkook. I know you’re too young to finally leave it behind after eighteen years straight, but it’s still a rule you must follow.” He weakly raised a corner of his lips, glancing at the ceiling as his sclera was lightly lit by the yellowish lamp. “He’s getting worried.” Jimin leisurely tilted his head at me, watching tears restarting water in my reddish eyes. My nose hurt, and my cheeks burned. “You don’t want to disappoint him again, do you?”

He glanced at the door, checking if it was closed, and licked his lips as his glasses slightly slid down his sweaty nose.

He was nervous. I knew he was worried about our future just like I was. Jimin had to be the man his father was before. He needed to take care of me for the rest of his life, not caring about anything else. He was supposed to settle me as his first priority, as the person he’d do anything for, and I was aware of the difficulty I was adding to his job, which made me curious about why he kept calm, silent, and not mad.

“I d-don’t want to, J-Jimin, but every time I r-remember when I had that shit in my blood, I-I can o-only recall that d-day with the h-hors—”

“It still scares you, doesn’t it?” He took a slight breath before pulling away from me, heavily sitting on his chair again, his head resting on its back as he looked up at the ceiling. “He’s feeling guilty again, Jungkook.”

For the first time, he let me cry, not interrupting me a single time.

“I’ll fail this, Jimin. You know I’ve always failed.” I raised my gaze until it reached the dark circles under his eyes covered by his round-thin glasses, watching as he handed me a document filled with small words I didn’t even have to read.

I was aware of that. As much as I could complain about it, deep inside, I knew there was no coming back, no way of getting rid of my fate. I was more than aware. I was born to write my name on the piece of paper that would automatically make me the owner of Dad’s company, the owner of his responsibilities, the official owner of his disease. I knew it all, but I wished I didn’t.

Maybe it would have been easier if I didn’t know what all of that meant.

I gulped, locking his eyes with mine to transfer his hope to me, his motivation and courage.

I wondered if Sleeping Beauty felt it the same way when she learned about the curse her name had been transporting for years. I could only wonder if her parents felt the same way mine did. I wondered if someone would save me from my curse the same way someone saved her from hers.

Jimin handed me a pen as soon as he noticed the tears on my cheeks drying, my eyes way more melancholic than frustrated. With an index finger, he showed me the place to sign.

And so I did, the last drop of salty water falling from my right eye.

“He’s watching, Jungkook. He knows that tear fell out of joy.”

“I wished he could be here again,” I mumbled, my lips humid from so much crying and my head sick from so much despair.

“But he is,” Jimin whispered and slowly pointed at my hot cheek, his eyebrows challengingly raising as his teeth formed a newborn grin. “See? He has just cleaned it.”

Things are not always the way we want them to be.

Some could call me paranoid but, that time, I really saw the tear disappear.

Jeontids grew up imagining movie scenes in her head, recording herself acting and writing scripts for small theatres at school. Still dreaming to share her stories with people one day, she is currently a teenager loving K-pop, anime, and League of Legends content. This is an excerpt taken from “KILL’ER” by Jeontids with permission. Read the full story here.