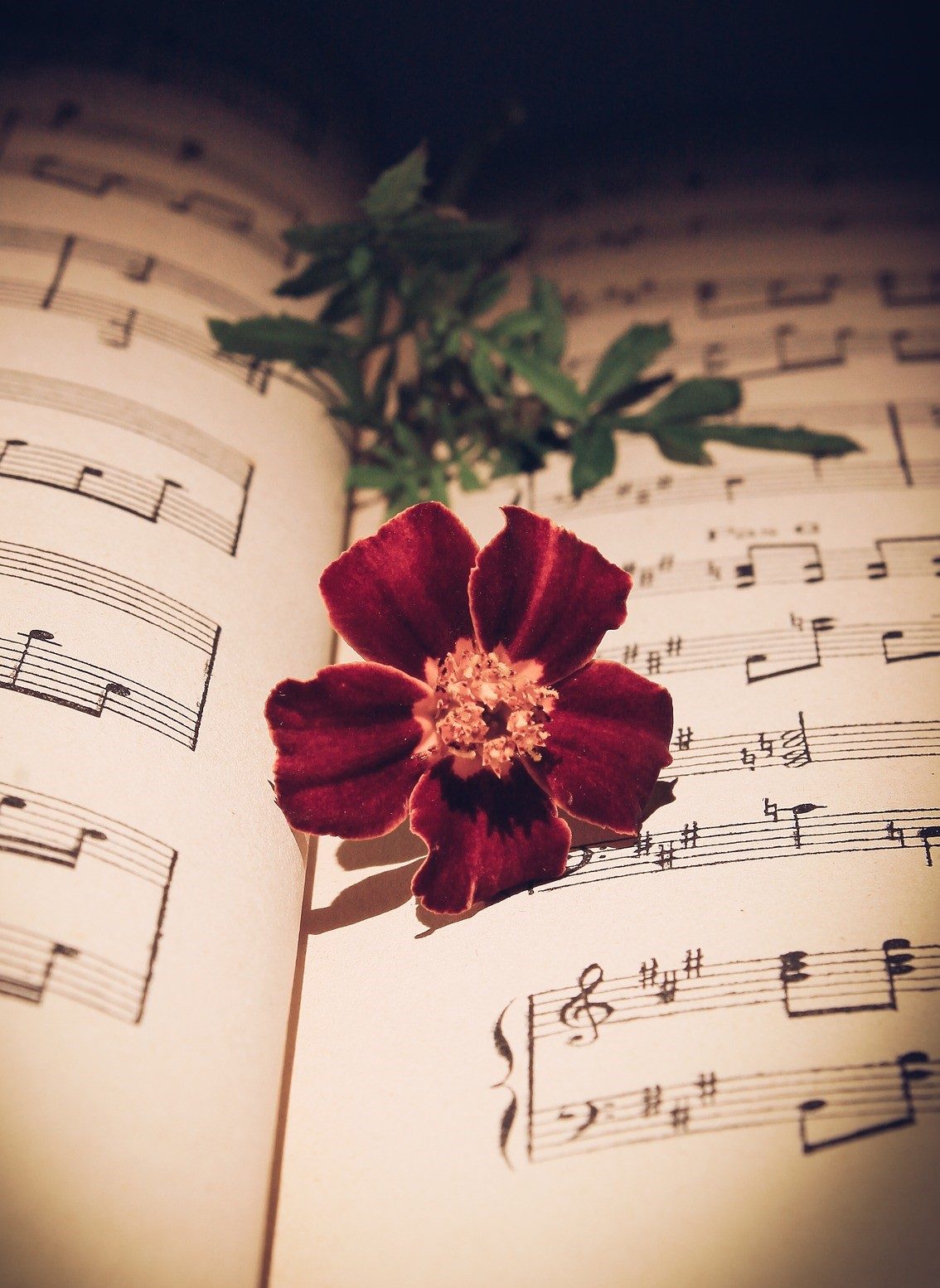 “I just told you. No!” Jungkook hissed at Taehyung.

“Okay, okay, don’t get mad at me.” He tried pacifying the younger one.

Jungkook sighed, releasing his irritant exploit. “Just tell me already so I can sleep and you can continue watching your Park Jimin.” He revealed his true feelings, rolling his eyes.

“What’s your problem with him? Anyways,” he said, insisted on letting it drop, “I say, just simply reject her. You’re just thinking about it way too much. Unless. . .” The voluntary twitch of his eyebrow proclaimed his teasing.

“I’m seriously not interested. Besides, you’re probably right.” He got on his feet and mumbled, “Why didn’t I realise the solution was this simple?”

Why couldn’t this guy hold in his urge to roam around half-naked? Kinda annoys me, Taehyung thought.

Knowing Jungkook would follow his will, he released a sigh and went on to complete his previous pending assignments.

On the other side, Isabelle was preparing cookies at her place, willing to share with Taehyung and Jungkook. Brushing her bangs, she wrapped the snack in a cardboard box, separately for both of them, preserving some for Rhyna as well. She did say she’d be fine, but teen girls couldn’t really get over stuff involving their precious ones, could they? She wanted to have her check if Jungkook went out with Jenna that evening, considering the text she received post noon.

Getting in her car, she drove to their dorm. She could feel her heart gaining and dropping pace once in a while, whenever Jungkook invaded her mind.

But did Jungkook like her? And if not then who’d be the one that Isabelle would covertly envy?

She took the elevator to the seventh floor and stood at the front door, deciding whether to set forth her arrival or not. Taking a deep breath, she let her uncertain thoughts subside. She held both the boxes in one hand, one atop the other, and knocked with her free hand.

After two minutes of waiting, the door finally opened and Taehyung came into sight with a pen in his hand. “Oh hey, Belle! ‘Sup?”

“Everything’s good. I made these for you and Kook. Mind if I come in?”

“Is that even a question? Of course, get in.” His signature boxy smile put his perfect set of Hollywood teeth on display. She returned it with a tight-lipped one and stepped inside.

Glancing over the sheets on the coffee table, she lowered herself onto the couch and asked, “You still haven’t completed this? Four days, Tae. Four days.”

“Yeah, like I care.” He munched on the confectionery that Isabelle brought.

“Where’s Kookie though?” she asked when Taehyung was all convinced that her sudden presence wasn’t malicious. Why would it?

“Yeah, he worked himself up real hard today at the studio. So, he showered and went off to sleep.” Isabelle only hummed yet her insides bloomed over the fact he didn’t go out. “Anyways, I love your cookies. They’re so damn delicious!”

“Are you kidding me? He’s a cannibal so absolutely he’ll love them.” He grinned, knowing exactly what he said would make Isabelle laugh out loud.

“Oh, God. . . Tae!” She tried to keep her uncontrollable laugh decent so she didn’t end up snorting. “By the way, did you watch Jimin’s Insta live today?”

Their blether broke off with the undefined silence that forged without a cause. Taehyung sensed it and went on with whatever he could. “Can you help me with this assignment?”

“It’s been long since I last saw you.”

“Right.” I smiled yet again, and that was all I could do since the time he’d been there.

I was taken aback. Even if I was, why did he care? He was exultant with his girlfriend so why even bother over my status.

“I’m not.” Couldn’t have lied, else Hoseok would hold a session of my updates after he leaves.

“I see.” His time to time genuine smile wasn’t beneficial in any form except the sublimation of my yearnings. “You haven’t changed a bit Rhyna, though you grew into a gorgeous woman.”

Lulling my head down, I traced the hem of my skirt in an attempt to conceal a blush. “Trust me I have.” I wouldn’t completely concur that I didn’t change. Time taught me a lot and still did. Swapping the subject, I asked, “Anyways, how’s Liora doing?”

His eyes spoke for him as if that wasn’t a subject I should’ve gone for. “She’s doing just fine.”

“Rhyna! I need you here for a sec!” Hoseok yelled from close to the kitchen.

“Will you please lay out the dining table ‘till the time I and Namjoon have drinks?”

“Okay.” I complied as he strolled out to his pal.

Digging out the plates from the lower cabinet, I laid them out on the table. I reached for some wine they could have alongside their dinner. I grabbed the worn-out rose in the centre that needed revitalizing. Hoseok loved maintaining his decency, and I couldn’t criticize. I held the same etiquettes.

Exquisitely dark aesthetics contributed to a bewitching engagement among the lights embedded above. It brought forth warmth and placid gratification, playing a major role in the regular regimen of us both.

After setting everything to perfection, I, well-bred to my evocation, called them in to join around the table. They both did so, yet still caught up in their colloquy, having a lot to ramble on about. Serving Galbi on both of the ceramics, I had no other trade to follow up between them, so the last strategy was to get inside my room.

“Thanks but I already had my dinner.” Though my statement wasn’t satisfactory enough, I passed him a smile, probably the last for that evening. Hoseok’s peer gave an inkling of his unusual response, but he chose not to meddle for the time being.

“Well, at least sit with us and have a drink?” Namjoon’s fingers were adamant to not partake of the cuisine served until receiving his fixity of purpose.

I poured some red liquor for myself in the customary fancy glass widely used for presenting wine. I proffered some for both Hoseok and Namjoon. Taking a seat, I was once more opposite to Namjoon and next to my brother.

Leisurely sipping the drink, I subtly let my eyes sip the beatific panorama of the man seated in front of me. His gradatim ways of extirpating me were alike to the burly grasp of that around an intricate gullet. His schemes of elegance, approaching Hoseok for the intellect and stealing a glimpse or two to note my silent rejoinder at his orate, was nothing less to cloud my thoughts with his bearings. His beguiling attribute facilitated his beatific dimples, drowning me in the moana of death a little more every passing second. He’d been performing the wonted sorcery back when I was sixteen, casting spells through his enchanting laugh, possessing to melt anyone. Maybe it was the liquor that had re-spindled my network, permitting more of his features to study with an intensified proportion. Recollection of Hoseok’s presence got me to retreat from checking out the alluring hombre.

But it was hard to resist the irresistible, wasn’t it? I did what I could. It was not like I gave up right away. I did seek to void my sentiments but still ended up kissing him.

The queries from that night still pirouetted. Why did he return the favour even for a nanosecond only to leave me under the rumbling clouds raining catastrophe? To let soar a hope that he could be mine?

“Ah! Hold up a second. I gotta take this call.” Hoseok dabbed the corner of his lips before departing.

“Sure,” Namjoon was done with his meal and was having a second round of his drinks, this time with me. He went ahead to move to me. “Why aren’t you speaking much?”

“Like what? What do you want me to say?” I sounded chivalrous.

“I mean, only Hoseok and I have been doing most of the talking for the time I was here.”

A smile never failed to veil. “I don’t have anything to say.”

“Is it so?” His drink parted from his lips. “Seems as if I’ll be the one to keep this conversation going then.” He took another sip, his eyes never leaving mine, causing my cheeks to heat up.

Why is he so bothered keeping this conversation intact?

“Do you still listen to Pachelbel’s Canon?”

My eyes were induced to greet his, and he savvied why it had piqued my interest, a perfect gambit, pre-eminent to his inclination. I had found tranquillity, rapt in this tune, and still do since my teens. It was endowed with extortionate, radiant serene that never went kaput, retaining its quality with each play. I used to listen to it as an escape to recess, not merely out of depression but to ease myself out. It convinced me that love’s existence was precious. Its mesmerizing trait, rejuvenating my soul and unfurling every inch to bloom, didn’t substitute.

Maybe I appreciated this bear in his mind.

Most people use writing as an escape from reality. RiHi does it to delineate her complex contemplation and unfetter herself from a substantial encumber. This is an excerpt taken from “Canon In D” by RiHi with permission. Read the full story here.