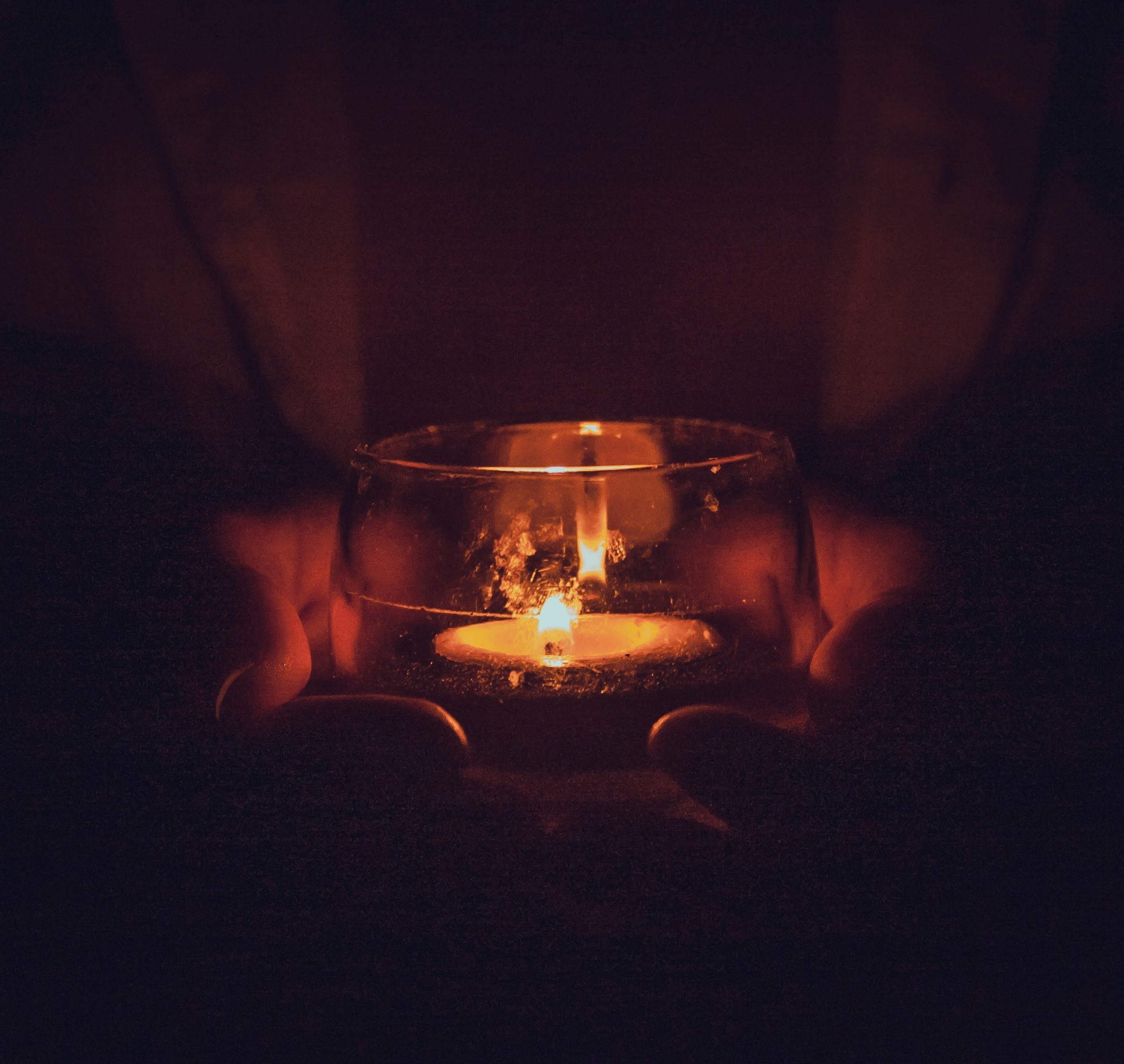 He longed for her touch. He could see her in front of him, but she was not willing to come to him. Hoseok knew it was his fault, so he kept saying sorry in vain.

He would place a candle every night in front of her, hoping her lost gaze would find its way back to him. His eyes would always be fixed on her angelic face. He would dare not move his eyes for the fear of losing her passionate look.

He wanted to turn back the time and undo what he had done wrong. So much so that because of him she did not return to him again.

The nights were lonely, for he would just sit and stare at her from a distance. She wouldn’t even say a word but just look the other way. They were in the same place just not close to each other.

He knew he couldn’t touch her.

The light of the candle fell on her face. Hoseok could feel the disappointment and hopelessness on her otherwise calm face. He knew he had disappointed her, so he was sinking deeper in grief.

The dark room was visible only because of that one candle. Hoseok felt his eyelids getting heavy, his eyes were struggling to stay open. Sleep was needed, but he just wanted to keep looking at her.

He felt his body weaken as all his energy drained out, for he hadn’t slept properly for the last few days. He pulled the blanket over him as the cold touch of the wind made him shiver.

The bed felt lonely, for she wasn’t sleeping with him. She was doing nothing other than staring at him. Hoseok pulled the pillow close to him while tears continued rolling out his sleepy eyes.

The morning was as dull as the night. Hoseok had gotten used to her presence on the bed. However, she wasn’t on the bed beside him anymore.

She was away from his touch.

The gloomy room felt confining to him. It was as if he could not breathe there. The candle from the previous night had already melted.

He wanted to escape the catastrophe, so he ran out of the house. He still could not believe his house had become a trap, one in which he was lost and no one was there to help him.

He returned home after drinking. He had drunk after a long time. He saw her looking at him with tender, feeble eyes. The absolute despair in them sent chills down his spine. He moved towards the drawer sulking and took out another candle.

Another candlelight to return her lost gaze.

Five days. Exactly five days had passed since their separation. She separated herself from him. Of course, he thought it was his fault. The days were getting miserable day by day. His health had deteriorated, too.

Hoseok was unwilling to stay in that house. It was difficult for him to not go close to her. It was impossible to just see her and not touch her. The candlelight was the last hope, but even that hope was slowly fading.

Hoseok felt her gaze on him in the dim light of the candle. It was midnight. He was still awake. The candle was lit in front of her. She was staring without blinking. The uneasiness building inside Hoseok was visible to her. At least, he hoped it was.

“You’re not going to forgive me, are you?” he asked, sighing.

The way he was suffering was painful in a way. Having her in the same room but not in his arms, he felt incomplete. Hoseok remembered how they used to spend nights in each other’s arms.

The most painful part was the reality was quite obvious. Why couldn’t he change it? Or change the past? Or undo his mistake? Not knowing what to do, he just kept lighting candles to return her gaze to him just like a lost traveller desperate in search of shelter. She was his shelter.

But most importantly, was the waiting worthwhile?

Light is meant to illuminate. However, the light of the candle was just darkening Hoseok’s already worse reality. Somehow, it did not make sense. Everything felt wrong. Hoseok was dreading his life.

He knew she was offended and would never return. Each day was passing by reflecting misery at its best. The misery was choking him from the inside, and he could feel the sharp pain through his chest.

How long was he going to suffer? Was there some end to his misery? Would he get to free himself from that undeniable guilt and live?

The sudden doorbell surprised Jimin, for it was a late night. Who would have come? He was further surprised to see Hoseok standing on the porch. His eyes were droopy and tired. His usually cheerful face was awfully dim. The dark circles were evident.

“Hoseok? Come in.” Jimin let him in as Hoseok hurried inside and sat on the sofa. Jimin closed the door and sat beside him. “What’s wrong?” Jimin knew the question was quite unwanted, for he knew what was wrong.

“Jimin. . . Jimin, I am not going back to that house. Not again.” Hoseok breathed hastily.

Jimin sighed. “That would hurt you even more, Hobi. Don’t do that.”

“What else am I supposed to do?” Hoseok screamed, and his voice echoed through the silent room.

“I can’t keep doing that. I can’t. Just can’t.” Hoseok broke into sobs as Jimin patted his shoulder. “I can’t keep lighting candles every night in front of her picture. She died, and I can’t change the fact I could not save her. I would never be able to live with that guilt.”

Jimin tried to comfort him, but he knew Hoseok was suffering too much.

“I can’t live like this. I loved her, Jimin. I could not save her. I miss her touch, her smell. I can’t. . . can’t.” Hoseok rested his head on his hands as Jimin sat beside him silently.

The atmosphere was tense. A cool breeze of relief blew over them. Hoseok felt like he could feel her. As if she was saying she wasn’t angry and would always love him, nobody could change that fact. She would always be his light.

Sree started writing because she always had a passion for it. She would always want to express her opinions and feelings through the use of words. Writing gives her momentary relief from her stressful school life. Sree originally published “Candlelight” on Wattpad.