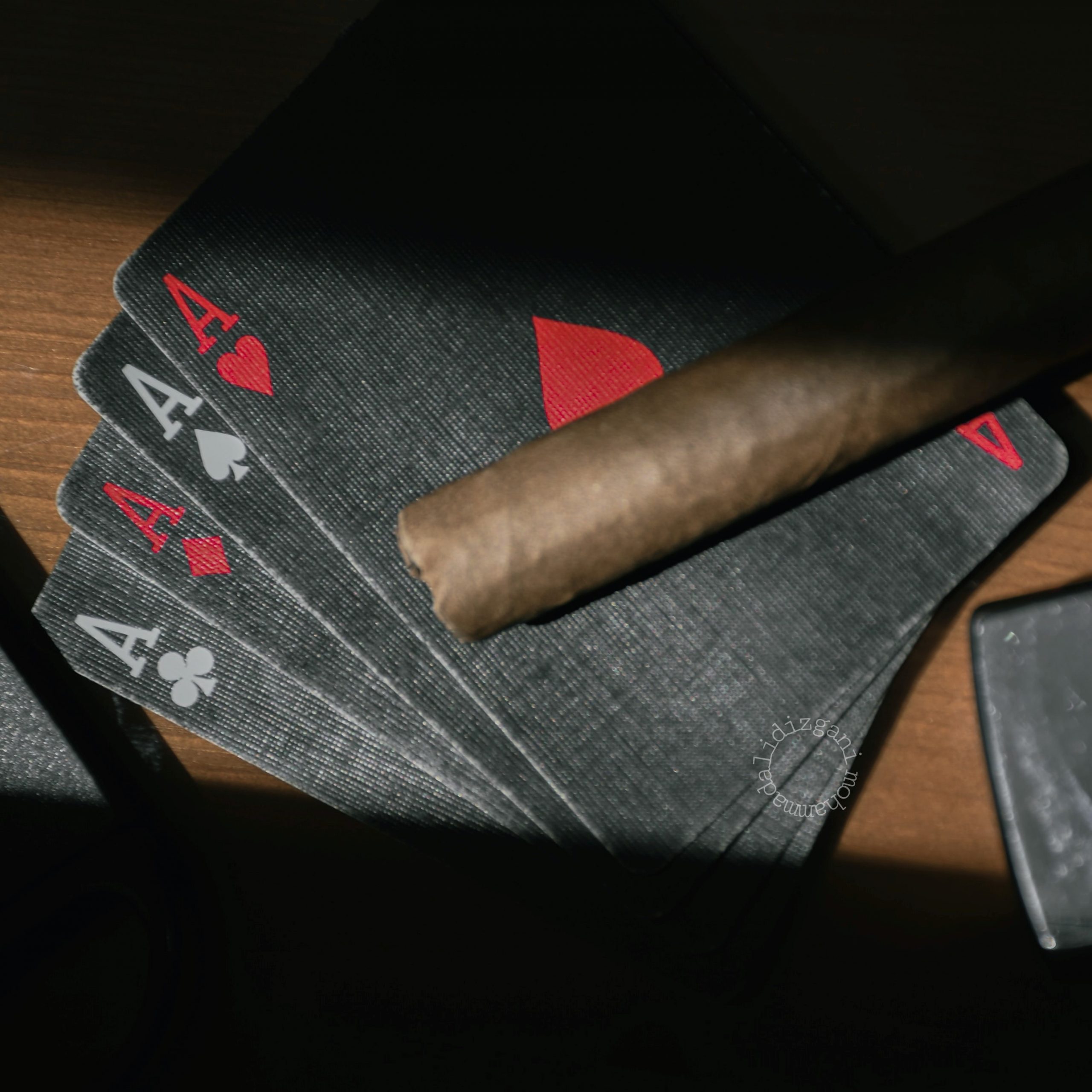 The feeling of readiness is something different. Maybe it’s the thought of finally achieving your goal. It might be the nerves. The fear of failure. It can be many things, but what if it’s a choice?

Bangtan, a seven-member assassin group. They were the most feared, after Shadow. Sitting around a table covered with paper, filled with plans and theories, they were feeling the same feeling of readiness, except something was missing. They needed an ally. An ally who will guarantee them a win against Kim Jaeyong.

On the polished mahogany table, the leader, Kim Namjoon, a tall, lean man, sat at the head of the table. Min Yoongi and Jung Hoseok sat on either side of him. Four more gang members occupied the black oak chairs. Kim Seokjin, Park Jimin, Kim Taehyung and Jeon Jungkook.

The leader gripped the hands of his chair; it was carved with delicate designs, of roses and vines. He cleared his throat, and the chatter fell into a wordless abyss. They looked at their leader with respect, for he was the one who spent sleepless nights assuring the safety of each member. They were grateful for him, and he was grateful for them.

“We have waited long enough,” Kim Namjoon said, his long fingers tracing the edge of the stack of papers in front of him. “It was necessary, but now we have the power and resources. Now we kill Kim Jaeyong.”

Kim Jaeyong was their common enemy. Every member of Bangtan had a reason to despise Jaeyong. Killing him wouldn’t change their past, but they would get revenge. That’s what they wanted. Their long-awaited revenge.

When Bangtan first started, they weren’t even nearly as powerful as they are today. It took a lot of hard work; they had risked their lives numerous times. Usually, they would kill the stones in the path of powerful people in exchange for money. This time, they were going to kill their enemy.

“We have all heard about Shadow. It’s an open secret that she wants to kill Jaeyong. She could have done it by now, but there is something stopping her,” he continued in a confident voice. “We can’t kill him alone and she has the same goal as us. She’s the best possible ally.”

“Why is she called Shadow?” Jeon Jungkook, the youngest, asked.

“Because you can’t touch her,” Min Yoongi answered and nodded in Kim Namjoon’s direction to continue.

“How are you sure we can trust her?” Kim Seokjin, the oldest, asked. “As far as I know, no one has seen her face.”

“We don’t have an option. But we can count on her thirst for revenge,” the leader said.

No one had seen Shadow. She was the most feared assassin. She had killed so many people, working her way up to the title; she left no trace behind. No one alive had seen her face. Because it was the last thing they saw before they died. People said Shadow was fierce and had a blood lust. No one knew when she would strike, but when she did, there were no survivors.

Kim Namjoon’s words worked as a balm soothing over their worries.

“If no one has ever seen her, how are we going to find her?” Park Jimin asked, without a hint of emotion. It happened when he was serious and agitated.

“Moonseok,” Hoseok answered. Moonseok was a man in his old twenties. He had contacts. He acted as the middleman, taking and giving information. He charged a fortune, but it was guaranteed you would get attested information from him. Except for business, he couldn’t be trusted in the slightest. “He should be here by now.”

Kim Namjoon stacked all the papers together and handed them to Kim Taehyung. The younger boy got up from his chair and took the papers from the leader. The screeching of his chair against the floor echoed against the blue walls.

Kim Taehyung jogged up the stairs and entered the first bedroom to his right. The room was dark except for the lamp switched on at the desk. He placed the papers on the desk and headed downstairs, without bothering to switch off the light. He went back down and took his seat and noticed that Min Yoongi wasn’t present at the table.

Moments later, Min Yoongi came back with a black-haired Moonseok at his feet. The tips of Moonseok’s black hair had started greying because of stress. Other than that, he had a very youthful appearance.

Min Yoongi was a dangerous man for anyone who didn’t know him. But he cared a lot for his members. He tried not to show it, but the Bangtan members were well versed with his caring nature.

Moonseok stopped at the opposite end of the table. While Min Yoongi sat in his chair beside the leader.

Tension thickened in the room like steam from a sauna. Kim Namjoon had his elbows propped up on the table with his hands clasped together. He was looking at Moonseok over his fingers.

Getting in touch with Shadow was going to be hard, but Moonseok was their best shot. The guy had contacts of almost everyone. A few people had those, but none had Shadow’s.

“We need a way to contact Shadow.” Kim Namjoon came straight to the point. It wasn’t wise to twist his words around Moonseok, it would result in giving away more information. “Do you have it? Or do you know anyone who might have it?”

Moonseok scanned the empty table with disappointment. He was hoping to get a gist of what Bangtan was planning.

“I do have Shadow’s contact.” These weren’t the words Bangtan had expected to come out of his mouth. “But it’s going to cost a lot.”

“How much do you want?” Min Yoongi asked, with an unreadable face.

“1.5 million won just to ask her if I can give her number to you,” Moonseok said, his expression professional.

That was a huge amount for someone who wasn’t seen by anyone. Shadow’s skills were known, not her face. No one knew her age. She really was a mystery.

“Okay, but you have to call her right now, with your phone on speaker,” Namjoon replied.

Moonseok thought about it. 1.5 million won was a huge amount, and Bangtan was ready to give it just to get a phone number. But he couldn’t just give it away. He had to ask her. Even though he had never seen Shadow’s face, the girl intimidated him.

He pulled out his phone from his pocket. Many people had asked for Shadow’s contact, but she refused all of them. All her deals went through him. He would tell her who was the target of the mob boss and she would decide if she would take the deal or not.

He called Shadow. Silence was so thick in the air it was suffocating. The phone rang for a whole minute, but Shadow did not pick up.

“I’ll try again later. She has clear instructions that, if she doesn’t pick up, not to call her again. She will call me back,” Moonseok replied.

“How long before she does that?” Kim Namjoon asked.

“Anywhere from a week to a month.”

Kim Namjoon sighed. They wanted to get their revenge as soon as possible. They were hungry for it. They couldn’t wait any longer.

“Suga, show him out,” the leader said. He only used it in front of people who weren’t supposed to know his real name. “I’ll pay you half the amount now, and half when you give me the contact.”

Disappointment settled in the atmosphere. They were so close to their goal, yet so far away. It was frustrating.

“What do we do now?” Kim Taehyung asked. “Because we have waited long enough.”

“I know,” the leader said. “Let’s go for our other plan: Kidnapping Kim Yeona, Kim Jaeyong’s sole daughter, who he hides from the world.”

Blue is an aspiring author on Wattpad. Though fantasy is the primary genre she is comfortable with, she will experiment with different genres to improve her writing style.