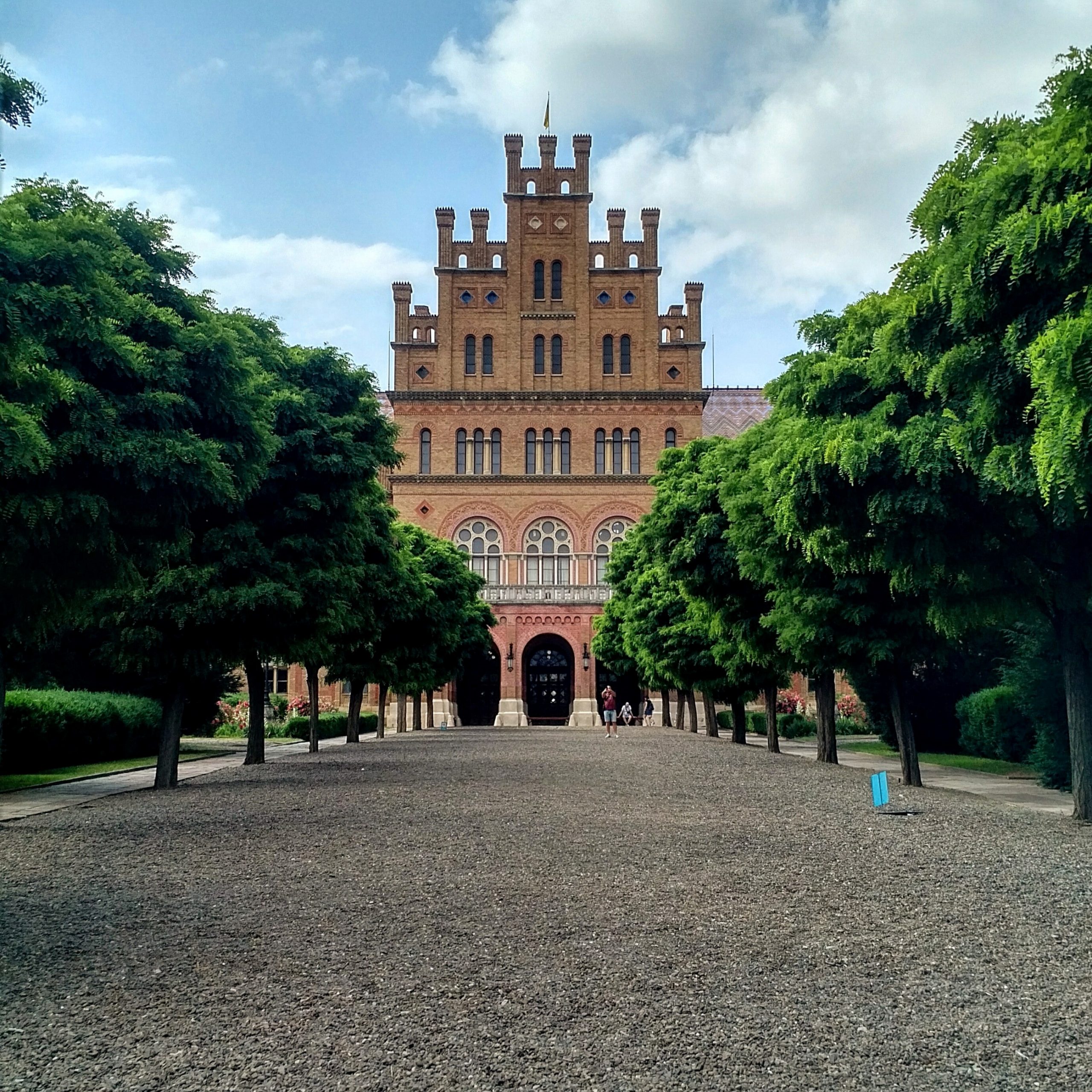 The university building is huge.

Well, technically, it’s several buildings clumped together in one area, but that’s just another reason it looks so intimidating. The architecture looks like it’s hundreds of years old. If I had to guess, I’d place it around the 2010s mark.

Of course, it’s only objectively intimidating. As I said before, I’m not scared of schools. Even so, my fingers involuntarily tighten over my bag straps as I make my way up the stone steps leading to the central building. My eyes dart over unfamiliar faces. Occasionally, they glance back as they pass by.

“Excuse me?” I ask as I catch sight of a girl in a large pink hoodie.

She turns to face me.

It’s hard to describe comforting faces, but there’s just something in the way her features are arranged that immediately makes me feel at ease.

“I was just wondering if you know where English Lit is,” I carry on, looking somewhere to the left of her face.

From the edge of my vision, I see her smile. “I’m just going there now. I’ll take you,” she offers, and I trail after her like a lost puppy.

The girl doesn’t really say anything else. After the first minute, an awkward silence begins to descend on us. I guess she’s a quiet person then.

Engaging her in conversation proved to be impossible over my next four tries, and I eventually give up. Luckily, that’s when we reach the classroom.

People are dotted around the room in small groups: unpacking bags, taking out folders and rummaging for pens. There’s no professor in sight.

I take a seat in the front row, dropping my new notebook on the table with a heavy thud. Loose stationery follows—I haven’t fully committed myself to ordering a pencil case yet. That’s the soft way of saying I couldn’t be bothered, by the way.

Almost immediately after I’m settled, the professor walks in. The first ten minutes of the lesson are really great, and barely anybody takes notice of my presence at all until the professor decides to suddenly announce me.

“—so I think you guys should carry on working on the presentation now. Joyce, these are all lovely students, so I’ll let you go with any existing group,” she says, looking over.

It’s silent for a second, and then the noise gradually starts to build up as the class starts to ease their voices up to speaking volume. I stare at the clusters of people seated together behind me, lost.

“Jo!” A girl with a loud voice and an equally chaotic graphic T-shirt waves me over. “You can do it with us.”

I shoot her a grateful look, relieved the choice is out of my hands now. How am I supposed to choose between a bunch of people I barely know, anyway?

Sweeping my books and bags into my hands, I stumble to sit next to the girl and the rest of her group. She’s seated next to a brown-haired guy with soft eyes and prominent dimples. Next to Dimples is another boy with wide, rounded eyes.

“I’m Kay,” the girl says, brushing her bubblegum-coloured hair out of her eyes. It reminds me of Orla’s sweater. She points to Dimples. “That’s Namjoon, and the one next to him is Aamir.”

The wide-eyed boy, Aamir, gives me a small nod as Kay introduces him.

“Nice to meet you,” I mumble, letting my armful of books and pens spill over the desk.

Introductions over, the four of us get to work. All three of my project partners turn out to be diligent, and we get along quite well. Namjoon pulls up an organised to-do list on his laptop and hands out our tasks.

We’re in a controlled silence the whole time, occasionally broken by one of us sparking up a debate over a quotation or Kay driving the conversation completely off track.

Aamir turns out to be almost as loud as Kay, while I discover that the seemingly calm Namjoon has a sense of humour just as outrageous as that of the other two group members.

None of the rest of my classes even compare after that. At lunchtime, I bump into Kay again, and she whisks me off into the town centre for a bubble tea before my graphic design course. Naturally, our conversation eventually turns to the Program.

We’re sitting on the steps together, staring out across the school grounds. Every once in a while, a couple of people hurry past us into the building, but other than that it’s quite peaceful.

“Are you excited?” asks Kay, and it takes me a second to realise that we’re still discussing soulmates.

“I think so. It’s so weird that this is finally happening.” I look back at her. “It’s hard to believe that we actually have a perfect match, you know?”

“You don’t sound too happy about it.”

She stares into her bubble tea and sighs. Shaking her head, Kay stands up. “Ah, it’s just, whatever. You should go to your graphic design class or whatever it was.”

I’m left sitting there on my own, the near-finished bubble tea balanced on my lap. My stomach flips uneasily, and I no longer feel like I can finish the drink but take it to my next class anyway. I almost feel bad for speaking with such a blunt tone earlier.

All in all, the soulmate thing sounds pretty great to me, but not everyone sees it that way. Before turning 21 and receiving a perfect match, most people will still date anyway. It results in a lot of pre-Project heartbreak. A rare few couples disregard their soulmates altogether to stay in their previous relationships. It’s most common in celebrity circles, though. It’s not hard to imagine the amount of media attention a famous, unmatched couple is capable of attracting.

I’m not one of those people who held back their whole life, but I’ve certainly never been in love before either. In a way, it’s something of a relief. Loving before 21 is guaranteed heartbreak. Unless you’re in one of those chick flicks where a couple is so destined to be together that they turn out to be soulmates in the end. Statistically, there’s less than a 0.0001 percent chance of that happening. I might have looked it up a few times as a teenager.

I barely register how lost in my thoughts I was until I realise it’s five minutes past the start of the lesson. Although it’s futile, my reaction is immediate, and I dash off in some random direction to try and find my way to my class.

By the end of the day, I’m thoroughly exhausted and can’t get home soon enough. So, of course, it’s at the exact moment I’ve almost unlocked the front door of my apartment that Taehyung drags himself up the Staircase of Eternal Suffering.

“Neighbour!” he shouts, raising a hand to wave before stopping short.

I look up, my hand still on the key that has inconveniently become stuck in the door again. “Hello.”

“I just realised,” he says in an embarrassed tone, “I never asked you what your name is.”

“I’m Jo,” I reply. A small smile threatens the corners of my lips.

Taehyung isn’t as held back and grins as he unlocks his own front door. “Well, then it’s nice to meet you again, Jo.”

I guess not all of my neighbours are freaking rude.

When the door to my apartment finally swings open, I hardly notice the fact that the smile hasn’t left my face yet.

Blue is a hopelessly overcaffeinated writer whose true love lies in science fiction and fantasy. Her stories are usually written in the hopes that their messages will resonate with those that need to hear them. This is an excerpt taken from “Mismatch” by Blue with permission. Read the full story here.