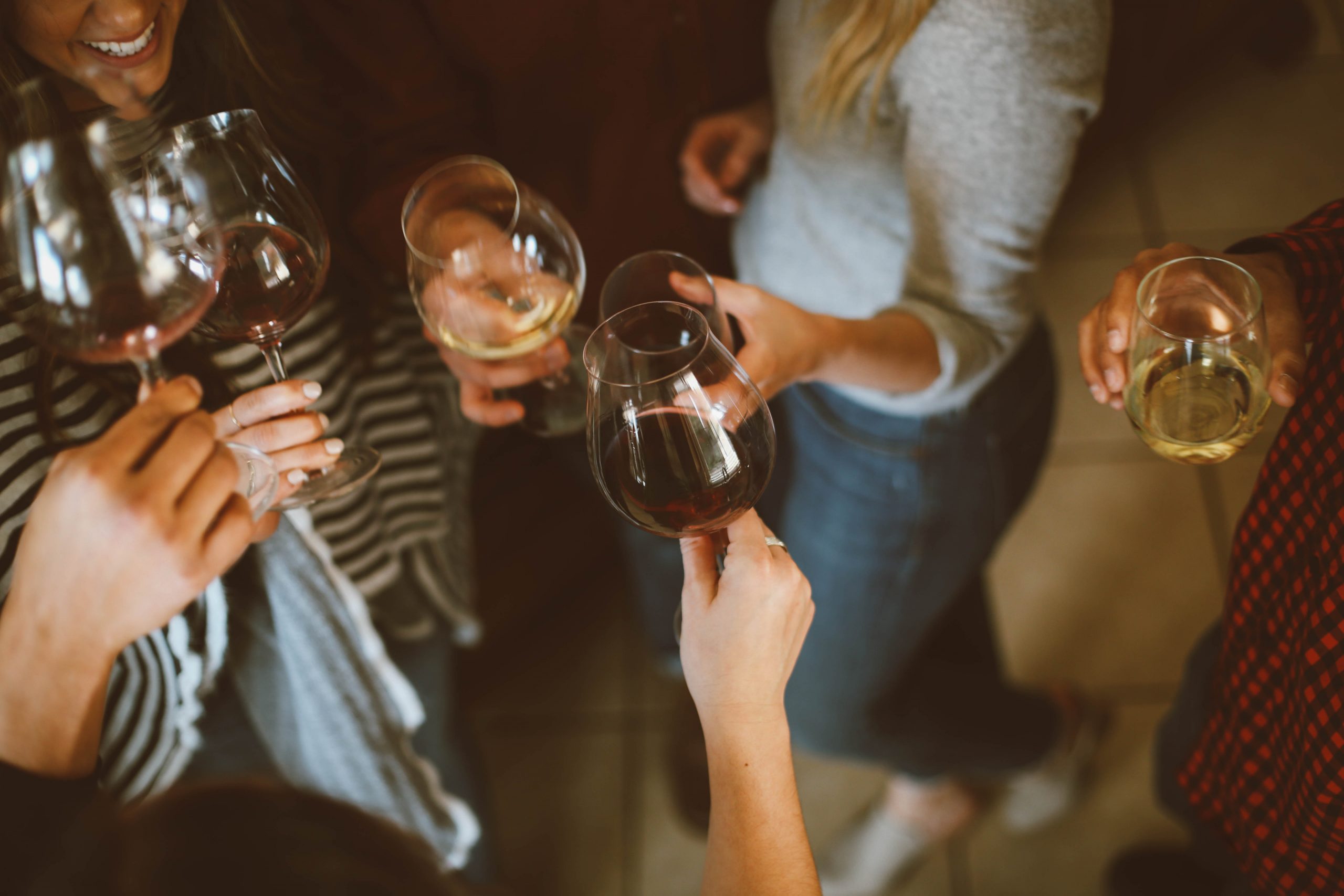 I’ve been at Blueside University for a week now, and I still haven’t met anyone new. Granted, I didn’t have much chance, considering it was Christmas break, but I was still glad I knew at least one person.

My transfer here hadn’t exactly been planned. I’d been studying at Brookfield for a year and a half when the chance had arisen. Blueside was willing to offer me a scholarship for their architecture program that was undoubtedly better than the one I was attending.

When I’d finished high school, I had applied to Blueside, but the requirements had been too high. So I went to Brookfield and worked my ass off because I knew some students got invited to transfer every year. And now I was one of those lucky students.

On second thought, Nina wasn’t the only person I knew. My half-brother also attended here.

Jin is two years older than me, and he’s a business student. I’ve known him since I was twelve. My dad and I had been on our own for a good while before he met Jin’s mom, Mary. And before we knew it, Jin, Lily—Jin’s sister—and I became family.

Not that I mind. I love their company, although we can’t see each other that much anymore.

Jin and his girlfriend Maggie were supposed to come to the New Year’s party with Nina and me, but they bailed, saying they wanted to celebrate alone. I didn’t blame them, though. I’d rather celebrate with a partner—if I had one.

“Of course we’re going,” Nina said with her mouth full of the pizza we were just finishing. “As soon as I choose what to wear.”

Ah, yes. The biggest problem of the year so far. My outfit was already on my bed. My new apartment was tiny, but it also meant that I didn’t have to live in the dorms. And that had been all the convincing I’d needed to get it.

“Okay then, show me your options, and let’s get ready.” I jumped off the small kitchen counter I’d been sitting on and headed to my bedroom.

Every single option that Nina had brought with her was incredible, but in the end, we opted for a sparkly gold dress because when else would she have such a perfect opportunity to wear it if not on New Year?

With our makeup and hair done—mine just straight and loosely tickling my shoulders, and Nina’s in a high ponytail—we headed out the door.

“Matt is meeting us in front of the frat house,” Nina said after checking her phone as we started walking to the party.

Matt is Nina’s boyfriend, and he was the one who’d said we had to go to this party. Supposedly, it was the best one on campus by a long shot.

The walk was just long enough for the cold air to clear our heads of the bottle of champagne we drank while getting ready.

“You okay?” Nina asked me, her light brown hair falling out of her ponytail because of the wind as we walked alongside the residence houses on campus.

Actually, I’d been mulling something over in my mind since we started walking.

“I’ve been thinking,” I paused, trying to form my thoughts, “no-one knows me here, right?”

Nina nodded, unsure where I was going with this.

“You’ve known me for years, so you know I’m not exactly a spontaneous person.” My mind was whirling at what I was about to say. “But nobody here knows who I am.”

Nina raised her perfectly shaped brows and waited for me to continue.

“I want to take advantage of that, I want to be free from all my worries just for one night. I want to not care what anyone thinks, and at least here I wouldn’t be judged if I did something out of character.” I took a deep breath after I finished, feeling scared yet somehow free at the same time.

“And what would this night include, Sophie?” Nina could barely keep the smile from spreading on her face.

I linked my arm with hers, both of us freezing as we neared the house already well into the party and saw Matt waiting for us. His blonde hair was all messy, but his blue eyes smiled while he waved at us.

“I’ve never had a New Year’s kiss,” I said and winked at Nina, not turning to see her expression before greeting Matt, but I could feel her proud smile burning my back.

Matt led us inside. The house was already crowded, so we could barely make our way to the kitchen, the scent of alcohol already overpowering.

“Dude, you came,” Hoseok yelled from across the beer pong table when he saw me.

Despite all my muscles being sore from practice, I concluded that missing the New Year’s party wouldn’t be worth it. And besides, all of my teammates were here, and I didn’t want to spend my night alone in our house.

Well, almost all of my teammates. Jin bailed on us last second, but when he’d explained he wanted to spend it with his girlfriend Maggie, we’d happily sent him off.

“Couldn’t break our New Year’s tradition.” I smiled as I clapped at Jungkook for getting the ball in the Hoseok’s cup.

“Pairs?” Tae asked, stepping next to Jungkook, as I joined Hobi. The smile on his face told me we were about to put the young ones in their place.

Jimin joined us in the middle of the game, his presence alone attracting every gaze in the room.

“Look who dressed up,” Jimin said, judging our outfits. He seemed pleased that we’d all opted for dress shirts.

Hobi and I managed to beat the young ones, but not before Hobi, Tae, and Jimin almost died of laughter. Even Jungkook’s pout turned into a grin, although Tae’d missed all his shots.

When Yoongi joined us, we started another game, but I couldn’t take any more of the watered-down beer.

“Does anyone want anything?” I yelled before heading to the kitchen for a drink.

“Chips!” Jungkook yelled before throwing the ping-pong ball, landing it in the cup.

I elbowed my way through the crowd and was surprised at the number of people that turned up. Oh, that reminded me, I had to find Bradley, the guy who threw this party.

I had learned that being the captain of the baseball team came with lots of popularity. Usually, I wouldn’t see that many people during classes, but right now it had taken me ten minutes just to reach the kitchen, which was—thankfully—nearly empty.

Bradley greeted me by the door with a drunk smile on his face.

“Good, good,” I said as a flash of green caught the corner of my eye. “Nice party.”

“Thanks, man.” Bradley noticed I didn’t have a drink in my hand and gasped.

“Where’s your drink?” He sounded a little panicked.

“That’s why I’m in the kitchen.” I pointed to the obviously drunk host and turned my head to find what had caught my eye earlier.

Bradley started talking about drinks, but I had no clue what he was saying.

My gaze was glued to the girl in the green dress. Who is she? Why have I never seen her here before?

Matt, who was on the school’s basketball team, greeted me with a nod, and that was when she finally turned to me.

She definitely wasn’t from this school, right? I was sure I’d remember if I’d seen her before because to say I was completely taken away would be an understatement.

Her dark hair was short and fell over her face. I could see how green her eyes were and how the makeup she wore made them sparkle.

And don’t get me started on that dress. It had long sleeves and a turtleneck, yet the way it hugged her body made her look hotter than all the girls who wore little more than bras to cover up their bodies.

Before I knew it, Matt’s girlfriend introduced her to another girl, and I suddenly felt cold without her eyes on me.

This is an excerpt taken from “Midnight Kiss” by persona_13 with permission. Read the full story here.