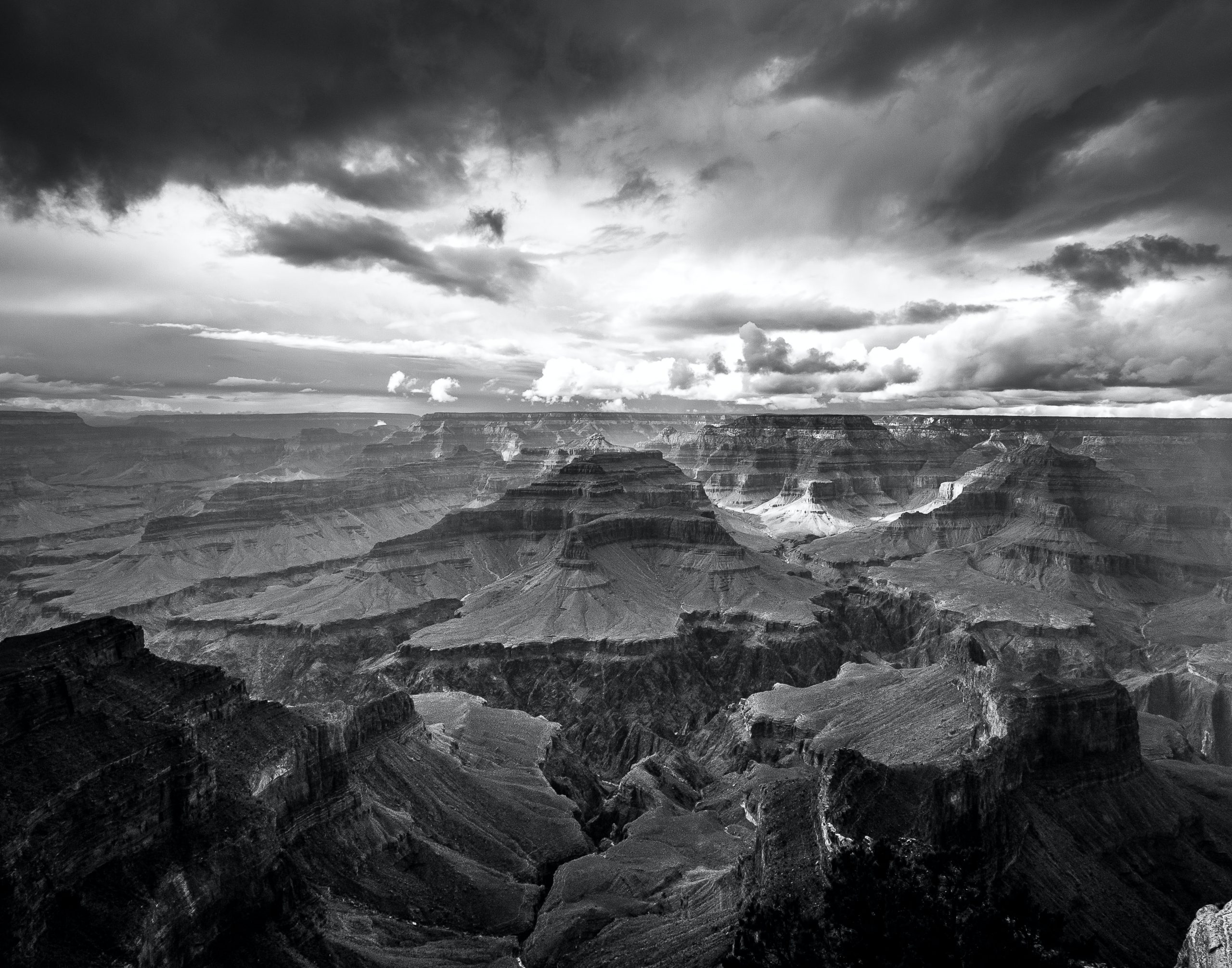 LOVE IN A SINKING REALM

Since there were only four seats, Jun impelled Selenya to take his. He knelt and held tightly onto one of the safety handles.

“Jun, you crazy wanker! You almost gave me a BLOODY HEART ATTACK!” roared Selenya furiously, her heart still hammering against her chest.

Jun recoiled guiltily. “But Selenya, there was no other choice!”

“You’re barking mad! Warn me next time when you get any more SUICIDAL IDEAS!”

“Bloody tosser!” she blurted between her teeth, feeling the urge to hit him.

The anxiety grew among Selenya and the sitting brothers, unable to do anything other than trust in Yoon’s piloting talents. The girl expected to be recalled for repairs or modifications, if any, in case of emergency. So she refrained from fastening her belt and kept the repair bag she found on Namjuniel’s perished airship tight on her lap.

The four remaining ships of the secret services hovered a few kilometers ahead. Yoon shifted the airship in firing range, flying slowly and steadily, maintaining a strategic distance. Jihmm activated the artillery by pressing a button on the small control panel on the left arm of his chair. Two cylindrical machine guns flipped out from the bottom. He gripped the control stick on the right arm of his chair and moved it back and forth. A target indicator arose from the dash as the guns loaded. He shifted the control stick forward, and the targeting instrument moved and marked one of the aircrafts.

The two brothers exchanged a look of confirmation before Jihmm hit the button at the tip of the control stick.

A horizontal shower of bullets was unleashed upon the enemy target. The fracas of the ceaseless rattling gunfire erupted, making everyone’s ears ring. The enemy ships steered clear hurriedly, but the target craft had already received heavy damage. A trail of fire and smoke followed as it plummeted through the trees. The other three cut their speed abruptly as Yoon passed right through them.

They were back at their tail.

The young pilot hit the gas lever and gained velocity, increasing the distance between them. Far ahead The Pillars Of Death magnified in the distance. Giant rock formation hosted by sinuous ravines and gorges.

“We’ll lose them in there!” said Yoon, pointing at the rocky columns.

“Are you crazy?! They don’t call it ‘Pillars Of Death’ for nothing!” shouted Jihmm, shocked.

He made a hard right and dropped down. Earth and trees zoomed in. Over the steep and precipitous lips of the ravine, a large gorge opened wide. A crack in the earth with a narrow river glistened at the bottom, and a railway tracking from wall to wall was connected by metal bridges and tunnels.

The enemy followed. Yoon flew as low as possible, making Jones and his men nervous to imitate his risky move. The gorge slimmed dangerously, threatening the wings of the flying vehicle to rub against the rocky walls.

With sweat glistening down his forehead, Yoon’s expression hardened by the concentration. He dodged protruding parts of the mountains, steering the wheel and pulling the gas lever back and forth. The hanging plants and trees swayed, agitated by the airships cutting through the air.

A few kilometers away, the gorge narrowed steeply with not enough space for the ship to fit through. Yoon reduced the speed, so did Jones and his men.

Jihmm pressed another button on the control panel. The second set of weapons, rocket launchers, rolled open right above the machine guns. He switched the settings, the marker of the target indicator shifting, and fired away. A deafening detonation blew the rockets out of the launchers, which darted with a flaming tail and crashed against the facing stone walls. The explosion flashed dazzlingly. Yoon punched the gas and dashed through the crumbling rubble and fire. But that did not stop Jones from following.

The gorge widened but only for a few meters before thinning again. The right wall curled like a petrified wave swelling over the approaching shore.

He flew in a straight line for a critically long set of seconds, confusing the enemy. Selenya, reading Yoon’s mind, decided to fasten her seat belts after all. The arc of the mountain surged quickly. Yoon turned the wheel to the right. Selenya squeezed her eyes shut and felt her body elevating from her seat. Her blood reached her brain, and her stomach tightened with nausea. The belly of the ship ground against the roof of the arc, flying upside down.

Yoon’s plan worked. Two out of three enemy aircrafts made it out whole. The third failed to react on time, attempting to brake and fly over the arc. But its last-minute emergency maneuver proved to be fatal as it crashed on the stone wall and sputtered flaming parts down the wave-looking ravine.

Yoon steered parallel to the tunnel, brought the ship downright, and egressed in full speed out into the open. The two last remaining ships struggled to keep up, slowing and braking.

At the end of the gorge, a natural dam based the Pillars Of Death. The ancient hill-like rounded boulders germinated towards the sky. The sun picked through the scattered clouds, crowning the tip of the pillars, shedding light on the sinuous railway tracks, drawing lines around the gargantuan stone buttress.

Yoon spotted the entrance to the most dangerous part of the boulders. The momentary steady flying served as a relieving solace to Selenya and Yoon’s brothers. Hosea and Jinghim covered their mouths, making gurgling noises.

“Please don’t,” said Jun in disgust, who seemed to be having the time of his life.

“Selenya! I need your help!” shouted Yoon from the pilot’s cabin.

The girl sighed, sat up, and walked inside.

“We have but a few minutes, so I want you to tell me if it’s possible to fly this thing in a ninety-degree angle with the wings closed,” he demanded.

Selenya drew her eyebrows close and blinked, bemused. “What do you m—”

“Just say yes or no,” he said firmly.

Selenya’s brain worked feverishly.  “Err. . . yes. . . I suppose,” she replied tentatively, fearful of what he was planning.

“Good. Then I want you to do everything in your power to tilt the ship vertically without the use of wings.”

“No. When I tell you to. Just make all the preparations.”

The girl glimpsed at the approaching opening of the central boulders. She bit her lip and drew a deep breath. “Alright. I’m on it.”

She requested Jun’s and Taehberius’ help to open up the hatch of the engines. She positioned them on each side and gave them each a vile of a highly flammable concoction, brewed by the mix of potions from her Alchemist Belt. Considering that this might have been a terrible idea—not advisable by any sensible Alchemist or Inventor—she instructed them to pour the liquid in the engine’s chamber to cause a chemical reaction that, hopefully, would trigger a brief boost in engine power.

“Only when I tell you to! Not a moment earlier, nor a moment less! Do you understand?” she instructed them with austerity.

She then pulled Jinghim and Hosea on their feet and put them to work. Together they removed the two locking cranks of the doors and unscrewed the interior casing of the mechanism that unfolded the wings. The girl fiddled with the cogwheels and gears, placed the two cranks on each side, and screwed them in a specific spot to blend the mechanism to both automatic and manual. Finally, she told the two boys to spin the cranks clockwise on her word.

“Are you sure about this?” asked Hosea uneasily.

“No,” she replied while rummaging through the repair kit bag and dragging a pair of wire cutters from inside it. She climbed on one of the sits and stood in position. “Now, EVERYBODY! When I say ‘NOW’ you do as I assigned to each of you. When you’re done, you will all quickly gather on the left side of the ship. Yoon, you will hit the speed limit, then kill the left engine. IS EVERYTHING CLEAR?”

“Oh, God. . .” said the prince desperately, anticipating what Yoon was about to do.

With the two enemy ships still following them, Yoon performed a misleading maneuver that was supposed to lead them up and around the central pillars. Then steered brusquely downwards.

One out of the two fell for it. The piloting agent attempted to correct his mistake but ended up scratching against the stone, breaking wind and precipitating to their inescapable death.

Yoon turned right and entered the corridor between the boulders. The last enemy airship, which coincidentally carried Mr. Jones and his last group of surviving men, having lost its entire crew and clearly tired of their games, started shooting at them with machine guns, probably thinking that it was heading for their inevitable death anyway.

Yoon dodged the firing power and sped up, swinging between the turns at the extremity of the facing boulders the dark stone walls kissed. A vertical narrow schism parted the touching rock, framing the image of the other side of the canyon.

Jinghim and Hosea turned the cranks simultaneously with Yoon, folding the wings in and pushing the gas lever to its maximum. Jun and Taehberius poured the liquid into the chambers. The engines roared like never before, their fire turning blue, and propelled the craft with supreme force.

In a matter of seconds, Yoon killed the left engine, and Selenya, Jun, Jinghim, Taehberius, and Hosea slid all their weight on the left. The girl fell and the brothers caught her as the airship tilted completely on one side.

Everyone except for Yoon shut their eyes and waited to die. The tilted ship thrust past the vertical schism, barely fitting. The path extended for longer than they anticipated. It was now Yoon’s turn to avert his gaze and pray with all of his faith.

Jones’ ship, completely overcome with confusion and unable to steer clear towards any direction, collided with the rock and exploded.

Yoon winked one eye and saw, to his utter astonishment, that they had made it out of the schism alive. He revived the left engine and turned the wingless craft to its initial position. Selenya proceeded to cut the spinning chains of the folding mechanism on both sides, which released the wings once again, bringing back stability.

Hosea stuck his head out of the window and started vomiting with Taehberius standing next to him, caressing his back. Jun sat on the ground, his mind processing what had just happened, with a half excited smile on his pale face, as though debating whether to ask Yoon to do it again. On the co-pilot seat, Jihmm had sunk in his chair, also debating whether to punch Yoon in the face or pass out. Jinghim fell into his passenger seat, combing his sweaty hair soothingly. Selenya sat next to him and rested her dizzy head on his shoulder.

“Guys. . .” Yoon finally called out. Everyone turned towards him. “Could someone, please, take the wheel for a second?” he said calmly.

Jihmm exchanged seats with him, taking control of the airship. Selenya and the rest observed as Yoon stepped out, walked towards the window, and smiled, revealing a ghostly, unnatural pallor. Selenya raised her eyebrows, baffled. His round cheeks swelled up and spouted out a gush of vomit out of the window. Not from motion sickness but the unbearable anxiety and flow of adrenaline.

Taehberius leaped towards him and started caressing Yoon’s back this time, grimacing compassionately.

Angie writes because it’s her secret and truest guilty passion. This is an excerpt taken from “Love In A Sinking Realm” by Angie Meros with permission. Read the full story here.