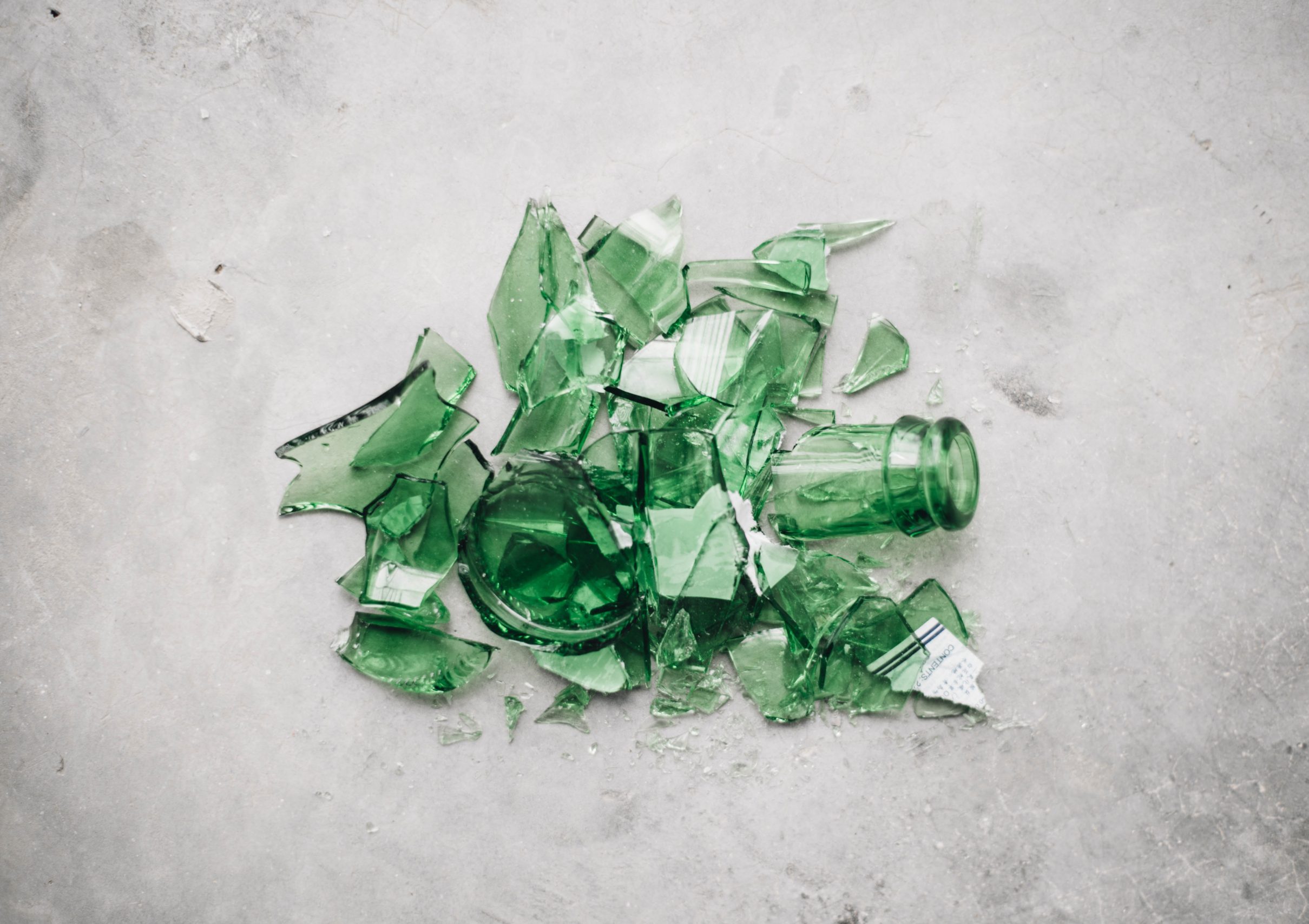 The morning had gone by slowly as Chan-woo anxiously waited in his room the entire time. He didn’t dare go out for any reason except to quickly use the bathroom a handful of times. All his packing had been completely done an hour after he had awoken. He had changed into the clean outfit he had chosen the night before and stored his old clothes in his duffle bag to wash later.

His mother had been loudly walking around the house in a blind, drunken rage for hours. Since Chan-woo hadn’t heard anything from her in a while, he wondered if she had finally passed out for the day. Or maybe she was just trying to lure him out as she had in the past. Either way, he knew he wasn’t going to leave his room until exactly 11:59 AM so that he could walk straight out to the car without hassle.

Chan-woo double-checked all of his belongings, placed his backpack on, and heaved his large duffle bag off of his bed. He flattened his hooded jumper on his chest with his free hand before walking to his bedroom door that he had spent so many times crying against. A few happy tears came to his eyes as he looked around the bare, dull room one last time.

Without hesitation, he opened the door and walked straight into the hallway. To his surprise, his mother was indeed passed out on the couch in the living room. A grateful sigh passed his lips, almost inaudibly. Hate slipped into his eyes without him even realising as he turned his head and continued walking until he stood before the front door. So close to his freedom, his heart pounded loudly in his ears, a wide smile on his face.

The front door opened. His pounding pulse hitched as his heart sunk to the bottom of his stomach. Chan-woo stood silently, staring at his father. The two men said nothing, their eyes glued to each other, the room tense. His father stood in the doorway, a plastic bag full of alcohol in one hand and an open bottle of alcohol in the other.

Time seemed to slow as his father threw the opened bottle directly at his head. Chan-woo managed to duck, and the bottle smashed into a million pieces behind him. Shards of small glass rebounded and struck the back of his exposed calves. He ignored the sharp pain in his legs as his attention was drawn to the movement in front of him. His eyes grew wide with fear as his father charged forward with both hands outstretched, leaving the plastic bag abandoned in the doorway.

Two hands wrapped tightly around Chan-woo’s neck, and he was pushed harshly against the wall near the open door. Scared, light brown eyes stared up into angry dark brown ones. The rest of the world around them completely disappeared as Chan-woo fought to breathe and his father fought to destroy his son. His hands scratched at the arms that were firmly set in place, crushing his airway. Tears rolled down his cheeks.

Chan-woo didn’t know why the assault suddenly stopped as he took in one deep breath after another. He could hear distant yelling, and his watery eyes tried to focus on his surroundings. He looked up from his crouched position to see a strange man holding back his father, who was still trying to get to Chan-woo in a fit of blind rage. Chan-woo whimpered pathetically as he gathered the last of his fleeting courage to grab his duffle bag from the floor and run out of the house.

The second he ran onto the front yard, Chan-woo felt the calmness of the fresh air entering his burning lungs. His throat hurt when he turned his head over his shoulder. He watched the stranger yell at his father as his mother stumbled out into the hallway in a drunken daze. Tears ran down his face as he realised the seriousness of the situation. His new life could be over before it began all thanks to his parents yet again.

The stranger, who had charged into the house to help him, eventually walked out. With a concerned look, the man gently guided him to a slick, black car that was in front of the house. The man opened the back door, took his two bags off of him, and placed them in the boot. As Chan-woo sat in the luxurious car, he realised the man who had helped him was the driver who was to take him to the airport.

With blank eyes, he closed the car door and looked over at his parents, who stood angrily on the porch. Chan-woo barely registered the other man getting into the driver’s seat, preoccupied with the death glare his father was giving him. Just as the car started, his father brought a hand slowly up to his neck. In slow motion, his father traced his neck with the tip of his thumb.

Lucky for Chan-woo, the car abruptly pulled away. His watery eyes stared out of the window, while his mind replayed the terrifying sight he had just witnessed. A shiver ran through his entire body. Absentmindedly, he picked out the handful of glass shards that were lodged in the back of his calves. The small blood that dribbled down his legs didn’t phase him. It was a sight he was used to. The pain didn’t bother his numb body, either.

It was now in the safety of the car that he realised the man who had rescued him had an earpiece in and was hurriedly talking to the person on the other end. Chan-woo had missed the majority of the conversation, so he didn’t even bother trying to figure out who it was. Instead, he focused his attention on the buildings that passed by.

“T-Thank you for your help, sir,” whispered Chan-woo after the driver had finished his call. Tears actively ran down his face as he put his hoodie up and shrunk in on himself. “Y-You didn’t have to.”

“Are you okay kid?” the driver asked as he looked over his shoulder briefly with concern.

“Those bruises around your neck look bad,” he sighed, focussing back on the road.

Shit. Chan-woo raised a hand to trace the tender skin. He couldn’t believe it. Out of all of the days, his father decided to leave a mark in a visible place now. Normally, he was really careful with where he’d hurt him. Same with his mother. It was always in places he could easily cover like his torso or arms or thighs. Never had his father put his hands around his neck before, and the look in his eyes. . . He would not forget that look any time soon.

“W-Who were you talking with on the phone?” Chan-woo asked, a shiver running through his body as he remembered the angry eyes staring at him. “N-N-Not the p-police, right?”

“No, kid,” the driver said, reassuring the stuttering boy in his back seat. “I called CEO Bang PD Hyung. I was obliged to. I did put my hands on your father, after all, though I didn’t physically hurt him.”

“Oh.” Chan-woo sighed in relief before he realised his new boss would now know his terrible secret.

“How about you close your eyes for a little, yeah? It’ll take us thirty minutes to get to the airport depending on traffic.” The driver turned around and flashed a kind smile.

With a nod of his head, Chan-woo forced his eyes closed and relaxed in the comfortable seat. He was tired, borderline exhausted, even though it was just after midday. However, it was not surprising that his body and mind were exhausted since anyone would if they went through the trauma he had. The soft bumping and rocking from the car helped lull him to sleep fairly quickly, so he missed the concerned and pitied looks thrown his way the entire way to the airport.

Author Bangtan is a passionate writer who has been writing for many years. He has released stories mainly in the BTS and Harry Potter fandom, as well as a book full of original short stories. His greatest hope is to be able to write meaningful stories and deep characters the audience can connect with. This is an excerpt taken from “Hidden” by Bangtan with permission. Read the full story here.